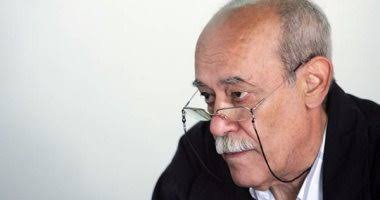 Iconic Syrian-born Palestinian translator Saleh Almani passed away on Tuesday, December 3, in the Spanish city of Valencia at the age of 70.

Almani was born in Hums province, in Syria, in 1949 and earned a diploma in Spanish literature. He worked as a translator at the Embassy of Cuba in Damascus, at the Palestinian News Agency, and later at the Syrian Ministry of Culture and the Syrian General Authority. He was a member of the Arab Writers Union in Syria and actively contributed to several translation workshops.

Known as the ambassador of Latin languages especially the Spanish, Palestinian refugee Almani translated a plethora of Latin literary works into Arabic, most notably “One Hundred Years of Solitude” and “Love in the Time of Cholera”, which are landmark novels by Colombian Nobel prize winning author Gabriel García Márquez.

Almani’s life was forever altered after late Palestinian poet Mahmoud Darwish who wanted him to translate texts in Spanish to a poetry collection issued after Darwish won a shared award with Spanish poet Rafael Alberti.

These translations were reworded into Arabic by Palestinian poet Ahmed Dahbour and then published in the Karma magazine, which received great success and kicked off Almani’s translation career.

He received many awards, including the Order of Culture, Medal of Culture and Sciences and Arts, Degree of Excellence from Palestinian President Mahmoud Abbas, Gérard de Cremona award, King Abdullah bin Abdulaziz International Award for Translation.