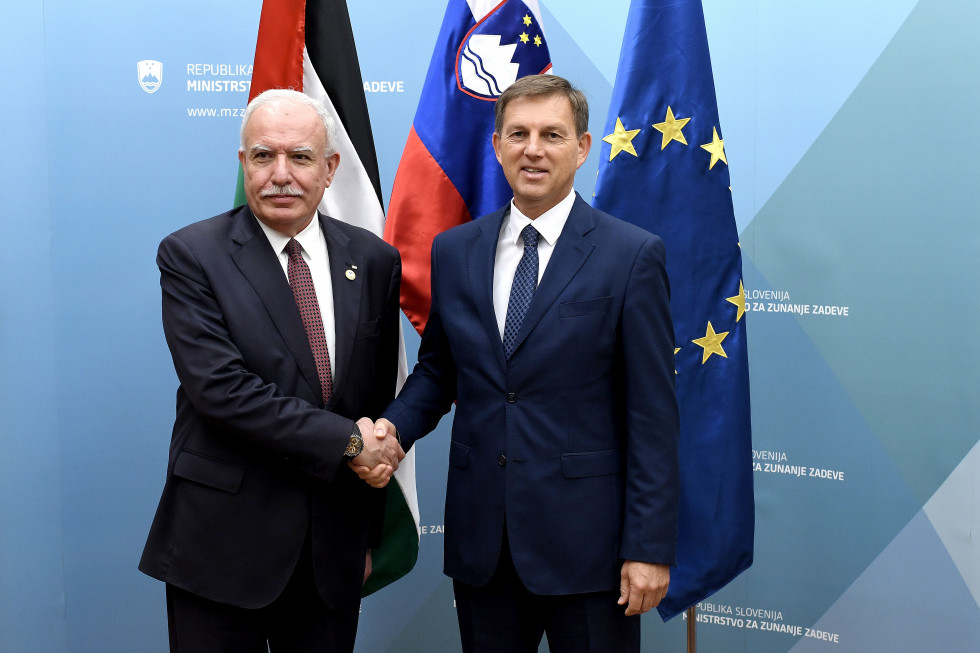 Speaking during a meeting with Palestinian Minister of Foreign Affairs and Expatriates Riyad Malki on the sidelines of the Mediterranean Dialogues conference in the Italian capital, Rome, the Slovenian FM said that the new leadership of the European Union does not accept the injustice committed against the Palestinian cause and the Palestinian people, the Palestinian news site Wafa reported.

The minister stressed Slovenia's position in support of the two-state solution and its condemnation of Israel’s illegal settlement activity.

Cerar also vowed that Slovenia will do its best to speak up for Palestine in international forums.

The two sides discussed the recent developments in Palestine and the region, and the serious upshots of the one-sided steps taken by the US administration, the most recent of which was Secretary of State Mike Pompeo's announcement that the US no longer considers Israeli settlements in the occupied West Bank as inconsistent with international law.

They agreed that such moves represent a clear transgression of international law, threaten all prospects for a two-state solution, and provide further immunity to Israel.

Al-Malki pointed out that the statement issued by Federica Mogherini, the High Representative of the European Union for Foreign Affairs and Security Policy, did not refer to the statement of US Secretary of State Pompeo on settlements, stressing that Israeli prime minister Benjamin Netanyahu is taking advantage of the split in the EU position to strengthen his electoral condition.

They further discussed ways to boost bilateral bonds with the new EU leadership in order to save the peace process and pressurize Israel to backtrack on its decision to annex the Jordan Valley.