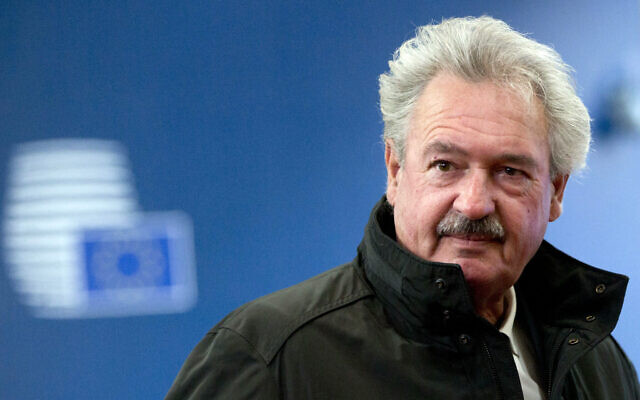 “The recognition of Palestine as a State would be neither a favor nor a carte blanche but rather a mere recognition of the right of the Palestinian people to their own state,” Asselborn said in a letter to the EU foreign ministers.

The report said Luxembourg Foreign Minister Jean Asselborn sent a letter to new EU foreign policy chief Josep Borrell and to EU foreign ministers, saying the only way to save the two-state solution was to create “a more equitable situation” between Israel and the Palestinians.

"Indeed, if we want to contribute to solving the conflict between Israel and Palestine, we must never lose sight of Israel’s security conditions, as well as of justice and dignity for the Palestinian people,” the Luxembourg official was further quoted as stating by Channel 13 news.

“It is time to start a debate within the European Union on the opportunity of a recognition of the State of Palestine by all its Member States,” he wrote.

The move is expected to be discussed during the next EU Foreign Affairs Council meeting in January.

The report said Israeli diplomats were scrambling to stop the measure being adopted.

Last month, the US Secretary of State Mike Pompeo declared that the incumbent US administration no longer considers Israeli settlements in the occupied territories as inconsistent with international law, drawing international condemnation.

In response, outgoing EU foreign policy chief Federica Mogherini issued a statement that reiterated that the union’s position “remains unchanged: all settlement activity is illegal under international law and it erodes the viability of the two-state solution and the prospects for a lasting peace.”