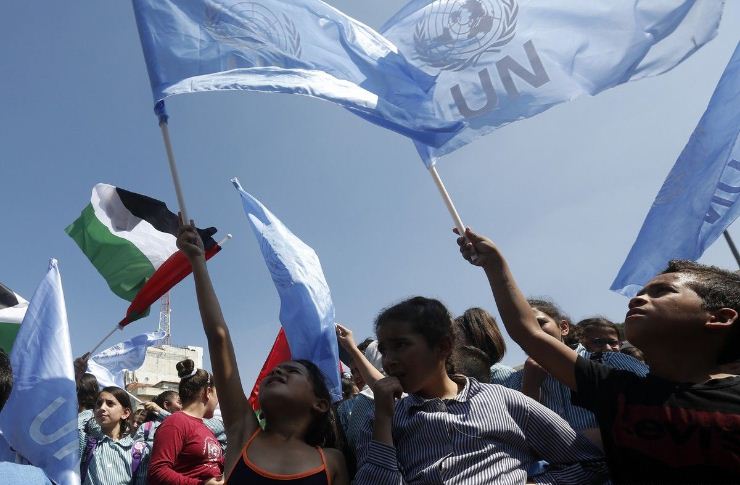 Head of the Palestine Liberation Organization’s (PLO) refugee affairs department, Ahmad Abu Holi, said the United Nations Relief and Works Agency for Palestine Refugees in the Near East (UNRWA) has played a vital role over the past seven decades in providing humanitarian assistance to the Palestinian refugee community.

In a statement marking UNRWA’s 70th founding anniversary, Abu Holi said the Agency’s mission should be maintained in light of the absence of a political solution to the Palestinian plight.

“70 years on, UNRWA has been Palestinian refugees’ best friend”, said Abu Holi, adding that the UN Agency is a living witness of Palestinians’ suffering and has shown a sincere commitment to providing education and healthcare services, along with relief assistance and protection to the refugees.

The PLO official stated that UNRWA has stood as the “best ambassador” for the Palestinians, transmitting their voices across international forums and mobilizing the international community to lend them a hand in line with Resolution 194.

“UNRWA has stood firm against all ad hominem campaigns seeking to delegitimize its mandate and dry up its financial resources”, he stated, stressing his firm rejection of the US/Israeli attempts to end UNRWA’s mission and negate Palestinians’ right of return to their homeland.

He acclaimed the UN General Assembly’s vote, with an overwhelming majority of 170 Member States, in favor of renewing UNRWA’s mandate for another three-year term.

He called on the UN Member States to support the Agency in the final vote slated to be held on December 13 and urged the donor countries to increase their funds for the Agency so as to help it keep up its vital services for Palestine refugees.