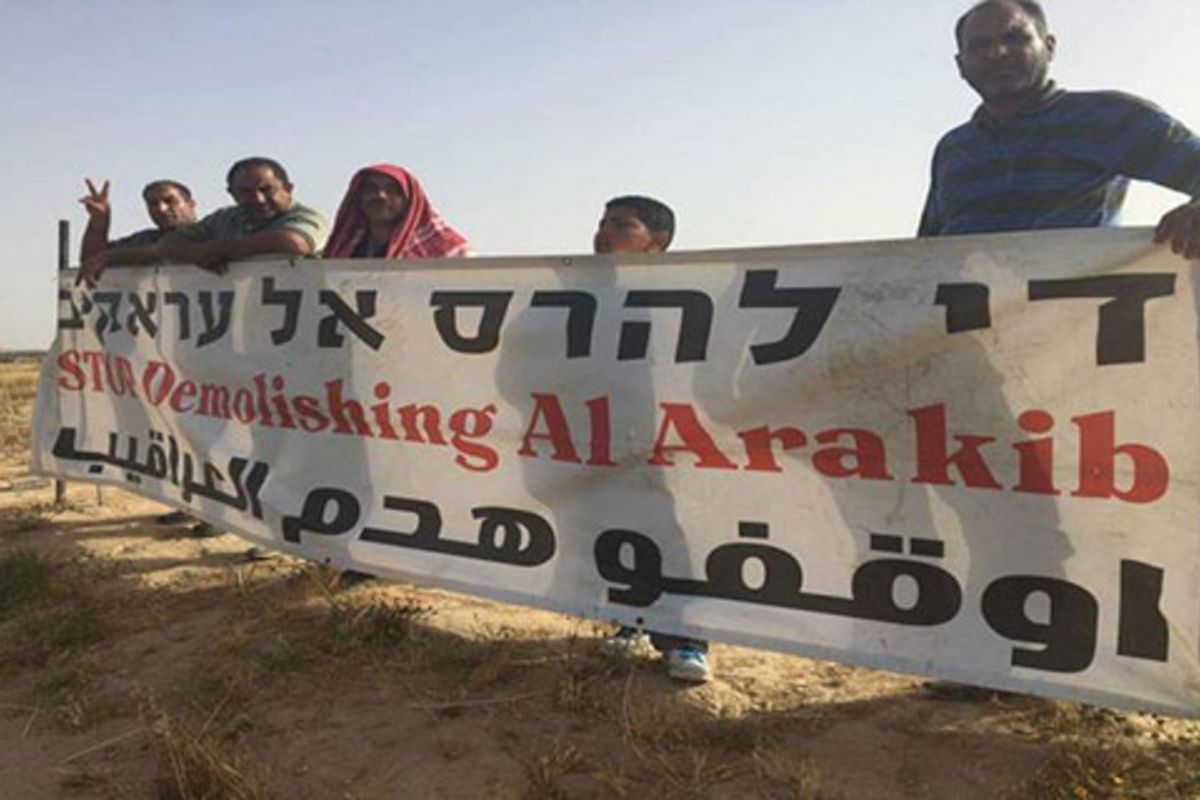 Araqeeb does not receive any services from the Israeli government and is constantly subjected to threats of expulsion and home demolition.

Israeli forces knocked down on Monday the residential tents of the Araqeeb community in Negev area, inside the Green Line, for the 169th consecutive time.

He added that the demolition took place at the same time as a hearing was being held at an Israeli court to prove land ownership.