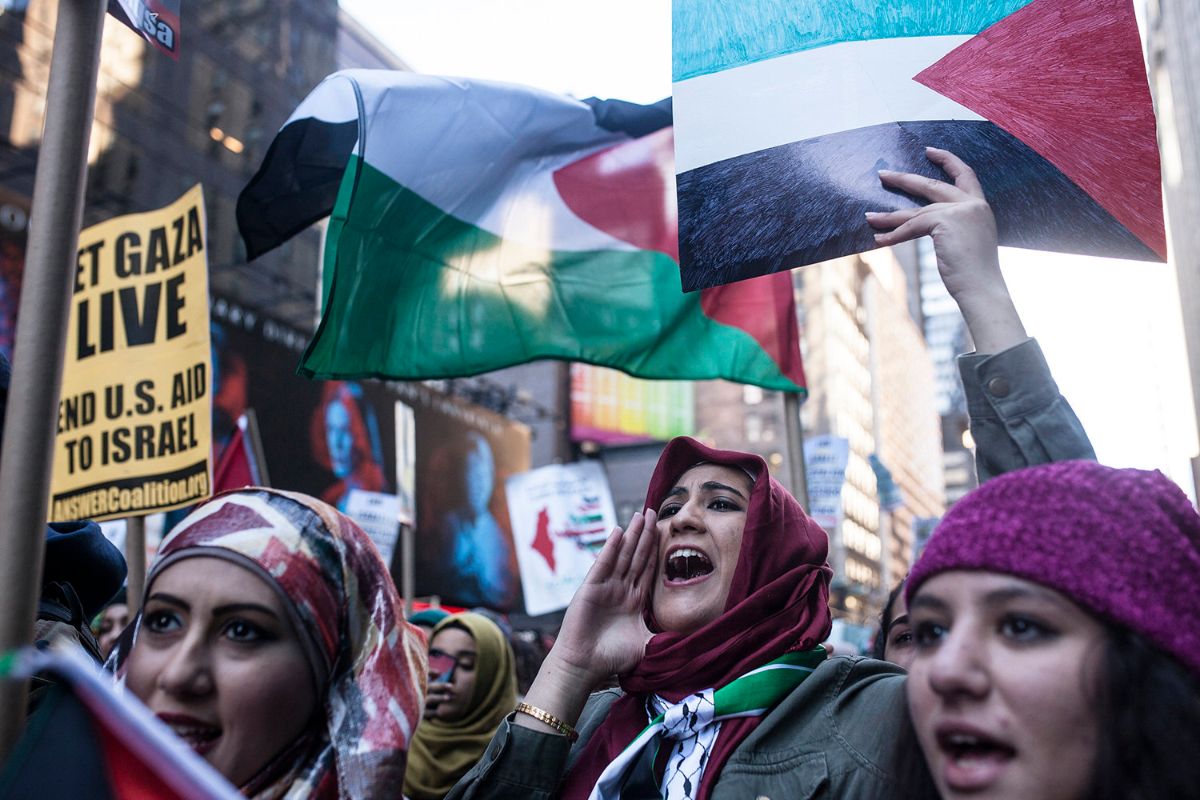 Palestinian activists in the U.S. have launched a first-of-its-kind policy platform in a bid to further insert Palestinian rights into the American political discussion, as the 2020 presidential election is coming closer.

+971 Magazine said that the move is inspired by past documents such as the Movement for Black Lives platform, the “Freedom Is the Future” platform, released by the U.S. Campaign for Palestinian Rights and Adalah Justice Project.

According to the same source, the platform sets out a central task: ending all U.S. economic and diplomatic support for Israel as long as it continues its denial of Palestinian rights. Alongside this, are five further demands: the right of return for refugees; self-determination; freedom of movement for all Palestinians; an end to Israeli violence; and the right to organize against Israeli repression.

With the debate on Israel continuing to make headlines during the Democratic Party primary season, the platform is an attempt to pull that conversation further to the left—and to make sure that Palestinians, often talked about, are also listened to.

The platform was drafted with the input of Palestinians living in Israel-Palestine and members of the grassroots Palestinian Youth Movement. Those behind the document hope that other organizations will look to it as a guidepost for how to support and advocate for Palestinian rights in the United States, added +972 Magazine.

The project has been endorsed by 14 separate Palestinian organizations, as well as over 20 other groups, including solidarity organizations and groups representing communities of color across the United States.

The Ramapough Lenape Nation, an Indigenous tribe, MPower Change, a Muslim-American group, the Dream Defenders, a Black and Brown-led civil rights organization, The Red Nation, an Indigenous activist coalition, and About Face, an anti-war veterans group, are among the groups backing the call.

The endorsement by these organizations is a testament to the success that Palestinian organizers have had in linking their struggle for rights to other groups’ struggles.

Since forming in 2017, one of Adalah Justice Project’s central strategies has been to “de-exceptionalize” Palestine by both highlighting similar systems of oppression that operate in both Israel-Palestine and the U.S., and forging bonds with other U.S. groups that also advocate for Palestinian rights as part of their vision for liberation from oppression.

“A brave vision for a future premised on justice requires courageous struggles to articulate that demand,” said Nick Estes, a member of The Red Nation, in a statement released as part of the “Freedom Is the Future” rollout. “As Indigenous people of this continent, we understand it begins and ends with the decolonization of Turtle Island and Palestine.” (Turtle Island is an Indigenous name for the land North America sits on.)