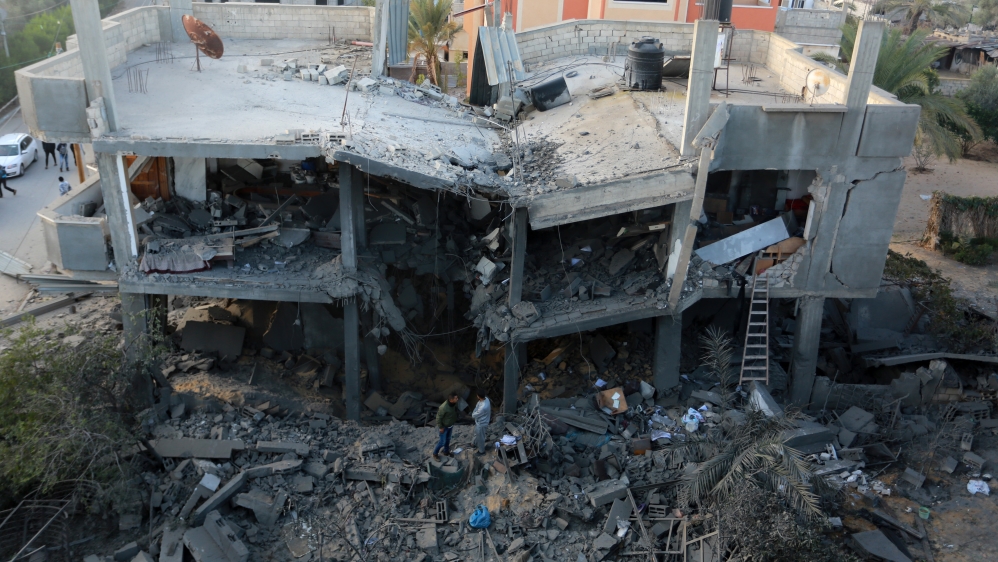 An Israeli attack on 14 Nov. killed nine members of the Sawarka family in Gaza, including five children.

The Israeli army has admitted that a faulty assessment of the risk to civilians led to the killing of eight members of the same family in the besieged Gaza Strip.

On 14 November, an Israeli air strike targeted the home of Palestinian official Rasmi Abu Malhous in the Deir Al-Balah neighborhood, which led to the murder of eight members of the same family including five children.

The Israeli army explained in a statement that intelligence gathered before the attack indicated that the house was classified as a “military compound belonging to the Islamic Jihad group”.

The statement added that the army had “estimated that civilians would not be harmed as a result of an attack which was not believed to be accessible to civilians.”

An army investigation later concluded that “even though military activity was conducted in the compound, it was not a closed compound, and in reality, civilians were present there,” it added.

The Israeli army said in its statement that it would learn from its “mistakes” to reduce “the recurrence of similar irregular events”, stressing it had made “considerable efforts … to reduce the damage to non-combatants”.

The 14 Nov. attack took away the lives of nine members of the Sawarka family in four raids launched over their home in Deir al-Balah. Five victims were children.

The air raids killed Rasmi, his second wife Maryam, 45, and three of his 11 children - three-year-old Salim, Mohannad, 12, and three-month-old Firas.

The bombing also killed Mohamed's wife Yousra, 39, and two of their sons, Moaaz, seven, and Waseem, 13. Mohamed died on November 22 as a result of his wounds.

They were among 34 Palestinians killed by Israeli air raids over the Gaza Strip during two days of cross-border fighting between Israel and the Islamic Jihad group. At least 63 Israelis also received treatment for injuries from rocket fire from Gaza.

Mohamad Awad, a member of the Sawarka Bedouin tribe and a neighbor of the family, told reporters the Israeli bombing was a "war crime" because Rasmi and his brother Mohamed were civilians and had nothing to do with any armed groups.

"They raised sheep and were barely making ends meet before they were killed," he said.

Awad denied the Israeli army's claim that Rasmi was a member of Islamic Jihad, and said he was an employee of the Ramallah-based Palestinian Authority (PA) government.

In its Tuesday report, the Israeli army claimed its November operation was an overall success, dealing a blow to Islamic Jihad and increasing the security of Israeli civilians.

In the immediate aftermath of the attack, Israeli army spokesman Avichay Adraee said on Twitter the attack targeted the head of the Islamic Jihad's rocket unit, whom he identified as Rasmi Abu Malhous.

Israeli newspaper Haaretz had quoted an Israeli army official as saying Adraee's claim appeared to have been based on false rumors spread online.