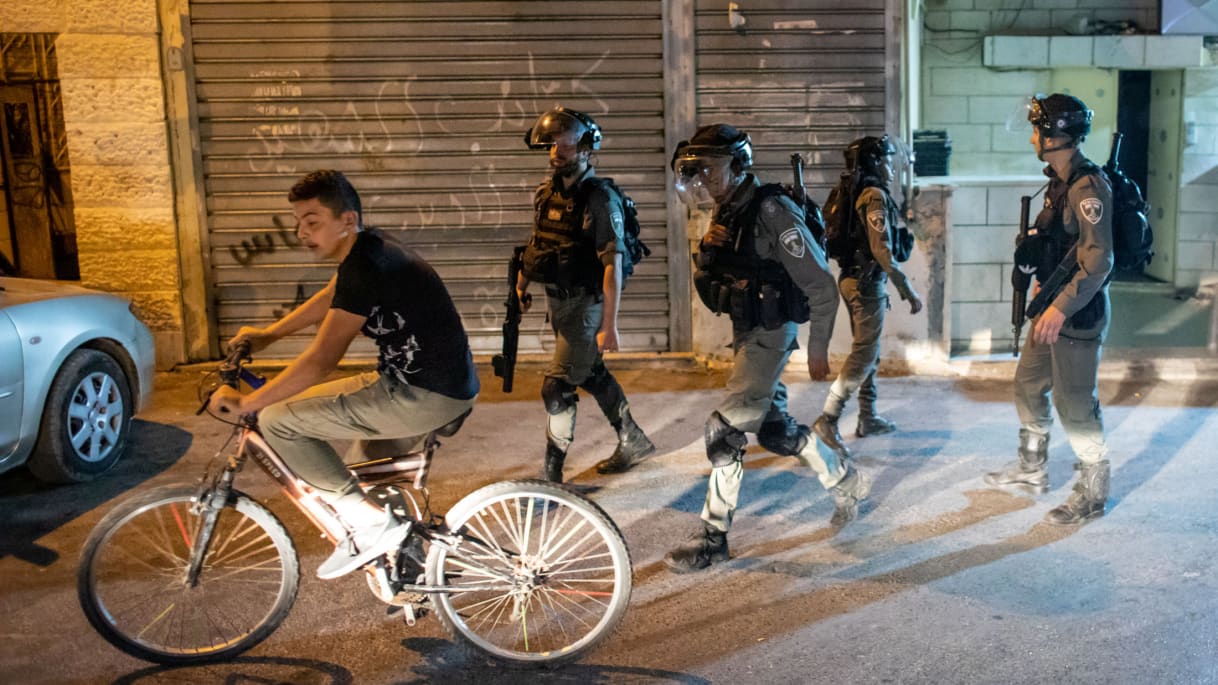 Israel has notified six Palestinian residents of East Jerusalem of its intention to place them under nighttime curfew for several months, in an unusual move to use British Mandate-era emergency regulations against local Palestinian residents in an area annexed by Israel, an Israeli daily has reported.

According to Haaretz newspaper, the Home Front Command's action to serve them with administrative injunctions over "sensitive information" about their alleged activities comes amid an ongoing Israeli campaign in their neighborhood of Issawiya, which led to the arrest of over 600 residents but only a handful of indictments.

The injunctions employed in this case give extensive authority to military commanders, and are generally used for demolitions and detention without trial almost exclusively in the West Bank, rather than within Israeli territory.

However, neither Palestinian nor Israeli lawyers who work in Jerusalem can remember a Home Front commander ever issuing personal administrative detention orders, as Maj. Gen. Tamir Yadai intends to do now.

The Israel military claimed that such a decision is made when army officials have information pointing to an alleged “public security risk” based on intelligence information “which can't be released.”

The injunctions will apply to the six men, who have been charged in the past with disrupting public order. According to the notifications they received of Yadai's intention to employ the 1945 emergency rules against them, they will be restricted to their homes during the night for several months.