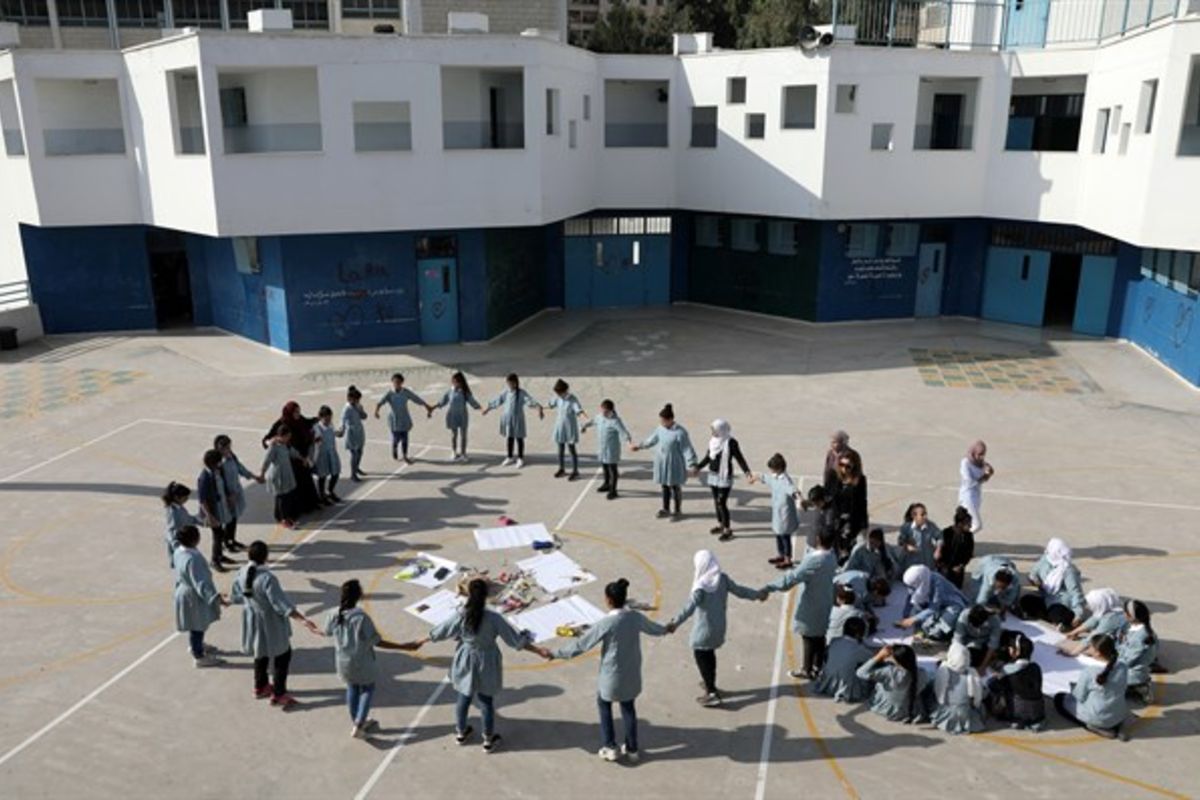 The Palestinian Ministry of Foreign Affairs and Expatriates said Israel’s plan to replace UNRWA schools in Jerusalem is a provocative move that seeks to impose Israeli curriculum and dismantle Palestinians’ presence in the occupied city.

“This decision is not directed only against the Palestinians, but against the international community, in a blatant disregard to the United Nations, of which the UNRWA is considered an essential component,” the Ministry said in a statement.

The Ministry saod the approval of the council of the Israeli municipality in Jerusalem to set up education facilities replacing UNRWA schools is part of Israel’s war on the right of return.

“The State of Palestine and its institutions will take all necessary measures to thwart such a colonial measure”, the Ministry’s statement read. “We’re looking forward to a firm reaction by UNRWA’s leadership and the UN which believes in the right of every human being to education, knowledge acquisition, and freedom of choice.”

On Tuesday night, the Israeli municipal council approved a plan to establish an educational campus run by the Israeli Education Ministry near the Arab neighbourhoods of Shu’afat and Anata in Jerusalem.

“We are not talking, we are acting,” King wrote on Facebook. “While the previous mayor, Nir Barkat, published press releases for years about his plans to reduce UNWRA’s influence and involvement in eastern Jerusalem, the current Mayor, Moshe Lion, passed last night a decision of unprecedented importance. I salute you, Mayor.”