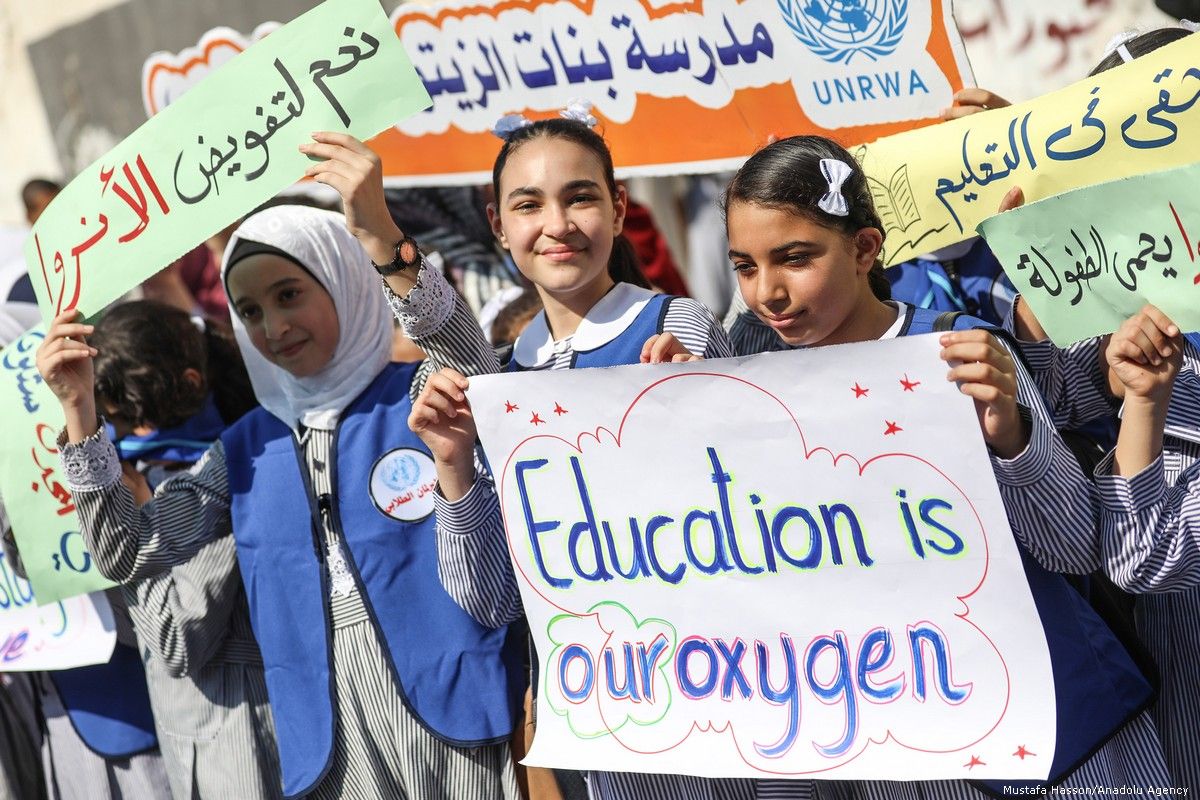 Hanan Ashrawi, member of the Executive Committee of the Palestine Liberation Organization (PLO), condemned Israel’s plan to replace UNRWA schools in Jerusalem and diminish the Agency’s services in the city.

Ashrawi said the plan represents “an extension of the Israeli establishment's campaign of aggression against Palestinian rights and roots in the City”.

The PLO official said the projected move is also an assault on multilateral institutions and international law.

“This reprehensible plan also embodies the Israeli establishment's disdain for the United Nations, rejection of Palestinian rights, and illegal actions aimed at altering the historic, cultural, and demographic composition of occupied Jerusalem,” she stated.

“Despite Israel's fervent efforts to smear and incite against this important organization, UNRWA's mandate was recently renewed by the vast majority of UN member states. Obstructing the work of this UN agency is unacceptable and illegitimate”, said Ashrawi.

“The Palestinian leadership will endeavor to prevent these hostile plans from materializing and we call on all states to defend the mandate they approved for UNRWA's continued and unobstructed operations in all its fields of operation,” she added.

On Tuesday night, the Israeli municipal council approved a plan to establish an educational campus run by the Israeli Education Ministry near the Arab neighborhoods of Shu’afat and Anata in Jerusalem.

Member of Jerusalem Municipal Council Aryeh King thanked Mayor Moshe Lion for advancing the project, which seeks to diminish UNRWA’s presence in the city.“We are not talking, we are acting,” King wrote on Facebook. “While the previous mayor, Nir Barkat, published press releases for years about his plans to reduce UNWRA’s influence and involvement in eastern Jerusalem, the current Mayor, Moshe Lion, passed last night a decision of unprecedented importance. I salute you, Mayor.”