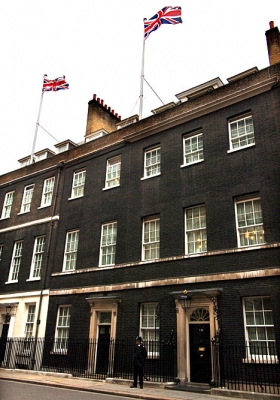 The London based Palestinian Return Centre (PRC) today forwarded letters of concern to Prime Minister Tony Blair and members of the British parliament to mark the 84th anniversary of the Balfour Declaration.

In his letter to Blair, Chairman of the Return Centre, Majed Al Zeer wrote, "the Balfour Declaration may have been a victory for ‘the people without a land' but it was also a national tragedy for the Palestinian people" because it failed to ensure the emergence of a Palestinian state that guaranteed citizenship for all its inhabitants.

The Declaration according to the PRC "facilitated the establishment of a Jewish State on 78% of Palestine, contrary to the wishes of its people and the UN Partition Plan." After expelling three-quarters of the Palestinian population, Israel has since exploited its friendship with Britain to belligerently occupy what remained of historic Palestine. Al Zeer stressed the greatest contribution Britain can offer to the cause of peace in the Holy Land today is to ensure the return of the Palestinian refugees to their homes from which they were expelled.

He added "The British Government might consider it particularly appropriate, at this time, to make some verbal gesture of acknowledgement of the historical responsibility that Britain bears for the creation of the refugee crisis that continues today."

"While we recognize the importance of securing a ‘closure' of the conflict we maintain that this cannot be achieved before the full restoration of Palestinian national rights. We, therefore, add our voice to the groundswell of public opinion that demand the suspension of British military and economic cooperation with Israel until it fulfills its international obligations toward the Palestinian people."

In its letter to the parliamentarians, the PRC decried what started as a "national home" project in 1917 and has since developed into a state that enjoys virtual immunity from international law. It affirmed the fact that Palestinians accounted for more than half of the world's refugee population is not only an indicator of the scale of their human tragedy but equally of the enormity of political effort needed to end their suffering.

The Centre sent complimentary copies of its plan for the return of the refugees, From Refugees to Citizens at Home, to Prime Minister Blair and MPs. It was written and prepared by the eminent Palestinian researcher, Dr Salman Abu Sitta.