A plan for the return of the refugees to their homes 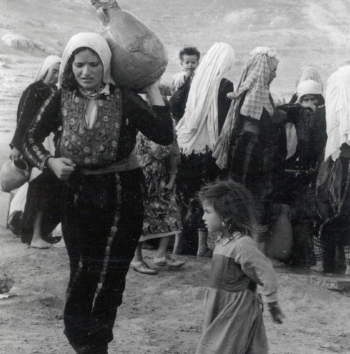 A plan for the return of the refugees to their homes was revealed yesterday in Westminster Hall before an audience of MPs, diplomats, journalists and NGOs interested in the Middle East. The plan, if implemented, should bring an end to the 53-year old Palestinian-Israeli conflict.


The internationally well-known researcher on Palestinian refugees, Dr. Salman Abu Sitta, presented the plan. Supported by two dozen maps and tables, Abu Sitta showed that 90% of the depopulated villages could be repopulated by its people without the slightest effect on the Israeli Jews. Of the remaining 10%, 7% can return with some adjustment and 3% have some difficulty in returning.

It was shown that all the refugees in Gaza, Syria and Lebanon, who experience the greatest hardship, are equal in number to the Russian immigrants, more than half are not Jews, who were admitted to Israel in the nineties. Their return will hardly be felt in Tel Aviv.

The plan is divided into 7 phases which would take 8-10 years to implement. The labour for construction of demolished homes and technical skills required are available among the refugees.

In a detailed series of maps, the past, present and future situation of 530 towns and villages from which Israel expelled the refugees in 1948, is shown with great clarity, including the urban plan of the 14 Palestinian cities now turned into Israel.

The speaker demolished the Israeli claims of rejecting the Right of Return as false, alarmist or simply inapplicable. Abu Sitta proposed a procedure to implement the return: forming a Palestinian Land Commission to receive the transfer documents of Palestinian land from the Israel Land Administration, the Security Council to reaffirm Resolution 194 calling for the return of the refugees, that the Conciliation Commission on Palestine should be reactivated, UNRWA to undertake the repatriation operations.

Abu Sitta said that having shown there is no legal, demographic, geographic, economic, or logistical reason to deny the return of the refugees, the only remaining obstacle is Israel’s racist polices which are contained in 24 laws condemned by UN agencies.

The event was organized by the London office of the Arab League, the Council for the Advancement of Arab British Understanding and the Palestinian Return Centre.

Short Link : http://bit.ly/2A57B9Q
Tags
Next Article
Denunciation of Israel’s genocidal campaign in Occupied Palestine
Previous Article
This is not our vision of peace
Most Views
Related Posts 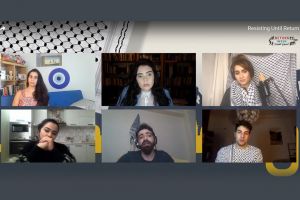 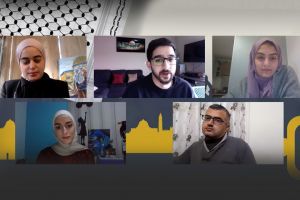