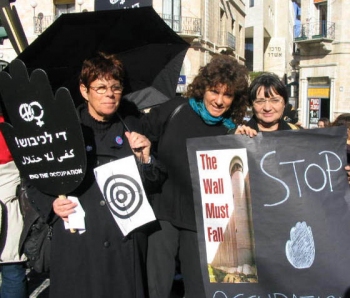 Palestine Return Centre (PRC) expressed deep anxiety towards Israeli practises in occupied Palestinian territories. International laws, UN resolutions, International court of justice, 4th Geneva conventions and many other charters are being repeatedly and clearly violated by Israel which is meet with a lamentable silence by the International community as well as the Arab and the Muslim world.


With the coming of the recent Israeli government, more racial practises are committed against Palestinians. Judaising Jerusalem through ethnic cleansing forceful expulsion of Palestinians is unremitting. In an effort to deny the culture and history of Palestinians a shameful decision was made yesterday by the Israeli government to change names of Arabic cities into Hebrew. As Netanyahu government took office, more than 1600 demolition orders were issued in Jerusalem. Hundreds of these were put into practise resulting in the displacement of thousands of Palestinians. Sickeningly, some Israeli contractors offer housing services in the demolished estates with reduced prices for only Jewish people.Palestinian sources in Jerusalem said that over 80 houses received demolition notifications in Al Bustan neighbourhood, an area which is planned to be to be turned into gardens for Israelis.Yesterday decisions issued by rightist Israeli transportation Minister, Yitsrael katz, was a clear-cut evidence of the Israeli intension regarding a Jewish Israeli state. The decision aims at changing the long-lasting names of Arabic cities known for thousands of years into Hebrew language. PRC considers this as a move towards other dangerous steps to eradicate Palestinian Identity. On the West Bank, the illegal settlement building is never-ending as well as confiscating lands and building the ‘apartheid’ Wall. The Israeli Information Center for Human Rights in Occupied Territories, "B‘Tselem,” reported that the number of settlers in the West Bank increased to 289600, since Israel agreed to the roadmap peace plan, which demands the freezing of all forms of settlements. An Increase in the number of settlers is estimated to be 37% in 6 years.According to International law, those settlements are illegal since they are established on 1967 occupied lands. In contrast to the American and European official positions, the Israeli government didn’t clarify its positions and went more on building settlements under the pretext of natural growth for the Jewish settlements. Furthermore, the ‘apartheid’ Wall continuous to encroach and steal more Palestinian lands across the West Bank, despite the fact that it is illegal according to the international court of Justice. The fact that successive Israeli governments have continued to build this wall against world opinion demonstrates that it’s not a matter of internal party politics between extremists and moderates but a fundamental policy demonstrating the zealotry of the Knesset. Given the routine oppression and suffering inflicted on the occupied Palestinians it is clearly evident that there is an apartheid policy that is being practiced by Israel. PRC requests there is real international pressure to end the routine practices of violence and intimidation and force Israel back from a rogue state to one that upholds basic international law. End.

Short Link : http://bit.ly/2A4o522
Tags
Next Article
An International conference to mark the 60th anniversary of the UN partition
Previous Article
Press Release: THE IMMORAL SIEGE OF GAZA THREATENS THE LIVES OF ITS INHABITANTS
Most Views
Related Posts