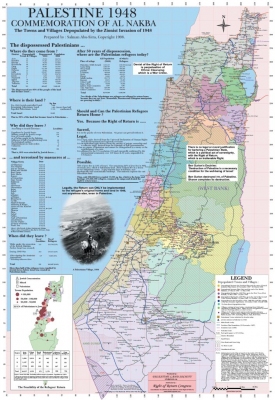 The Palestinian Return Centre, London Announces an International conference to mark the 60th anniversary of the UN partition of Palestine and its Impact on the Palestinian Arabs in Israel

• Did Britain act in accord with the wishes of the sovereign owners of Palestine when it transferred the issue to the UN?

• Did the UN act outside of its legal powers when it decided to partition Palestine in accord with General Assembly Resolution 181?

• Why did Britain and the UN refuse to proclaim Palestinian independence when the League of Nations was dissolved in April 1946 and the mandate which was administered through it legally came to an end?

• Did the UN intend that Israel should be an ethically pure Jewish state?