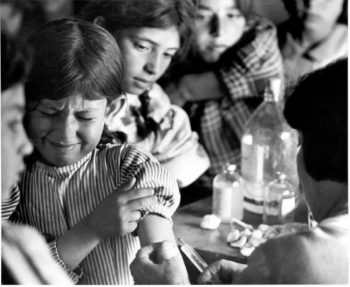 Share on Facebook Share on Twitter
The Palestinian Return Centre (PRC) remembers the Balfour Declaration after more than 9 decades. It asserts that it’s the time now to end the Palestinian plight and grant the full rights for the Palestinians. For nearly a century, 2nd of November is marked for somber reflections on the inequity and injustice caused by the Balfour Declaration made on November the 2nd 1917.
The infamous declaration, named after Britain’s then Foreign Secretary, Arthur James Balfour, leader of the British Jewish community, paved the way for the loss of Palestine and the creation of Israel at the expense of Palestine state.This declaration resulted in tremendous injustices on the Palestinians mainly through the Nakba in 1948, which has now lead to the exile of millions of Palestinians as floods of Jewish migration streamed into Palestine to replace an entire nation. For that reason the declaration is universally condemned.This unfair  promise tainted the history of Palestine. Another offense, which comes a close second, is the many illegitimate declarations and negotiations, like Balfour, made without a mandate from the people but nevertheless seal the fate of the Palestinian people. The Oslo agreement, and Obama’s acquiescence in declaring Israel a Jewish state, are all recent examples of unauthorized agents acting to compromise human rights of the Palestinians.The declaration has been rightly condemned on many fronts. In addition to exposing its feeble moral and legal grounds on which it is based, its imperial intent is also mooted, not to mention of course the glaring inconsistency in Britain’s application of its own policy.The tragic truth is that, since its declaration, Palestinians have suffered incalculable number of prejudice that has denied their every right. The other sobering fact is that the accumulated injustices, as long as they persist, will not engender peace. Britain and its major allies have a real moral and strategic interest to reverse this historical injustice.“The Palestinian Return Centre, calls on everyone to stand in solidarity with the Palestinian people, on this day which they mark with sadness and grief” said Mr Al Zeer, Director of the Palestinian Return Centre (PRC). “We; like hundreds of Palestinian originations and parties around the world call on Britain to undo this historical injustice and apply its own stated values and principals without discrimination”.
Short Link : http://bit.ly/2A54v5A
Tags
Next Article
Norman Finkelstein’s UK Tour starts among huge participation
Previous Article
Invited by PRC & Others: Norman Finkelstein to tour the UK, Book your Tickets
Most Views
Related Posts