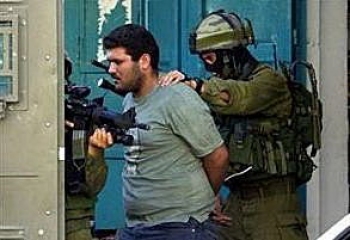 Israeli authorities are designating areas in east Jerusalem for national parks in a “political” move that chokes the development of Palestinian neighborhoods, two Israeli NGOs have charged.
The organizations, in separate reports released on Tuesday, say the Jerusalem municipality and Israel's Nature and Parks Authority (NPA) are working together to hem in Arab neighborhoods, depriving them of space for badly-needed housing and schools. At issue are several tracts of open land in the city's annexed eastern sector that Palestinians had hoped to build on, the largest of which lies between the neighborhoods of Issawiya and A-Tur.

Badly overcrowded, and with half its homes built without city permits, Issawiya has spent years working with the NGO Bimkom and the city engineer on a plan that would have allowed the construction of new, legal housing. But the plan fell through after Israel declared that the land earmarked for Issawiya’s expansion would instead be used for a national park, leaving residents nowhere to build. Bimkom, which works with vulnerable communities on planning and building issues, says that declaring land to be a national park is effectively a land-grab strategy. “These national parks, we call them green settlements, because it really works like a settlement,” said Efrat Cohen-Bar, an architect with Bimkom. Under Israeli law, private land designated for a national park remains the legal property of its owner, but the owner cannot build on or cultivate the land without obtaining permission from the NPA -- which is very rare. And because the land is not officially expropriated and the owner retains the legal title, the state is not required to pay out any compensation, Cohen-Bar explained. “They take all the open areas, that means there can be no new development,” she said. The municipality and the NPA say the designation of parks is based on the natural and archaeological significance of the areas in question. But Emek Shaveh, an Israeli group that opposes the “politicization” of archaeology, said most of the “national park areas” in east Jerusalem have little historical significance. With the exception of the valleys around the Old City, the national parks “have no more archaeological value than many other places around Jerusalem,” the group said in its report entitled “Where are the Antiquities?” It said the designation of the Tzurim Valley park near the Mount of Olives, and the newly-designated Mount Scopus Slopes park next to Issawiya, appeared to be “political,” and intended to create “territorial contiguity.” “Such contiguity will enable a ‘Palestinian-free’ connection between Jerusalem and the settlements to the east, and will effectively cut off the southern West Bank from the northern West Bank,” the group said. The Mount Scopus Slopes park is expected to cover an area of 75 hectares (185 acres) between Issawiya and A-Tur, and is located on a stretch of land east of the Hebrew University and a local church. But land belonging to the university and the church will not be confiscated, Cohen-Bar noted. “It’s much easier to take the land of the Palestinians and include it in a national park and not to deal with the big institutions of the university and the church,” she said.