The Palestinian struggle, stated Edward Said, is not about national anthems, national flags or national currency. The core of the Palestinian cause is a struggle for basic human rights and freedom from occupation.


In light of the spirit of the Palestinian struggle, mentioned above, the Palestinians Authorities (PA) political manoeuvre, at the United Nations (UN), for full recognition as a state and full membership of the UN, which has dominated for many months, is at least premature if not misguided. The reality beneath the echoing optimism is concrete facts that leave the majority of Palestinians fearful and anxious.

According to some, it may seem unwise and even irresponsible, to ride against this diplomatic tidal wave, especially as Israel and the US is trying extremely hard to kill the initiative, even in its early stage. Nevertheless, the picture becomes more complex when concrete facts and legal considerations are discussed.For one thing, this is sombre vindication for the majority of Palestinians, who continue to endure life as refugees and view this as another nail in the coffin of the Oslo process, two decades of peace process and bilateral negotiations supported by the Quartet. It’s now proven that the process designed to undo historical injustice and emancipate the Palestinian people, was flawed all along.

The depressing truth is that during the last two decades Israel has locked Palestinians into their exile and made occupation a permanent reality. Worse still, it provided Israel with a legitimizing cover in continuing its land grab and ethnic cleansing.

“We told you say so”, maybe a churlish response. Nonetheless millions of Palestinians, suffering under inhumane conditions, forced on them by failed political process and incompetent, servile leadership, have every right to feel mildly gleeful that they were right. And they were right to believe the political framework for a peaceful settlement has weakened their fight for freedom and human rights, harmed their negotiating position immeasurably, and worse still shielded Israel from its crimes.

This move is sure to present another fait accompli. There are ample authoritative opinions pointing to the fact that the PA is walking into another trap, and ultimately compromising the rights of the principal agent, the Palestinian people, through it.

For example a hard-hitting legal opinion on the consequences of Palestinian statehood was given by Guy Goodwin-Gill, a professor of international law at Oxford University, who concluded that "the interests of the Palestinian people are at risk of prejudice and fragmentation" and the refugees in the diaspora risk losing "their entitlement to equal representation" and "their ability to vocalize their views, to participate in matters of national governance, including the formation and political identity of the state, and to exercise the right of return" .

Palestinian history is a graveyard of dead political processes. This is a sad indictment of the international community and Palestinian leadership. Maybe, just maybe the problem exists beyond the political theatre dominated by the usual actors, and if we are sincere, we should revisit the assumptions that have given us many decades of failure.

Beneath the political discourse lies Palestinian reality, an ongoing Nakba. It is with this in mind that we present the autumn edition of JPRS. The compilation of articles from renowned scholars and activists sheds light into the ongoing expulsion, violence and immiseration of millions of people. This edition also gives added emphasis on strategies for ending the status quo. 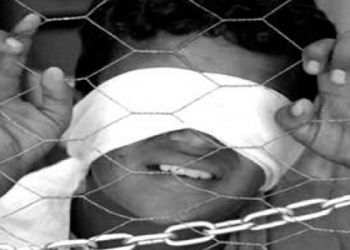