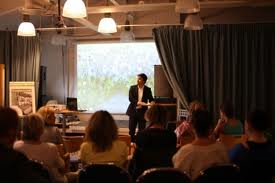 
In marking this annual event, PRC held a number of events across Europe, including London, Oslo and Geneva.

The London event, in Westminster, was chaired by veteran labour MP, Sir Gerald Kaufmann, who was joined by three other parliamentarians, Andrew Love, Andy Slaughter and Jeremy Corbyn.

PRC representative and chair of the PRC Board of Trustees, Muhamed Hamid, spoke on the theme of this year’s refugee day, “refugees have no choice  you do”.  He reminded everyone that “7 million Palestinians share their plight with 44 million displaced persons around the world and that the choices of Palestinians were taken away 64 years ago. They have been uprooted and forced into exile and denied the choice that is a right of all human beings, to return to their land and home”.

PRC Senior Researcher, Nasim Ahmed, visited Oslo to speak at an event organized in conjunction with The Norwegian Center against racism.

The Centre is spearheading a campaign to raise the plight of Palestinian asylum seekers in Norway, who have been in limbo for two years. Mr Ahmed visited “The Palestine Camp”, a temporary hut that used to be a tent previously in the Middle of a Park in Oslo.

He spoke to a number of its residents who described their mistreatment at the hands of Norwegian authorities, who have not giving them the protection recommended by UNHCR. Their desperate situation has even lead three of its residents to go on hunger strike.

Mr Ahmed described how, “The Palestinians are feeling the blunt end of a fresh wave of anti immigration, populist right wing policy sweeping through much of Europe. They fled persecution, threats and intimidation from settlers, Israeli air raids which destroyed their homes and a bleak future under occupation”.

In his talk, at the Norwegian Centre Against Racism, he described the unique case of Palestinian refugees and the consequences of bypassing and ignoring the majority of the Palestinian population who are refugees.

“When it comes to Palestinians, it is expected that the vast majority of the Palestinian people can be ignored, marginalized even silenced in pursuing a political solution. However, can one imagine the same, where the vast majority of Israelis are ignored in the pursuit of peace? The Israeli government cant event ignore its settler community in pursuing peace. How than is it expected that the majority of Palestinians, 7 million out of a global population of 11 million, can be ignored. How can their primary concern be trampled over and expect to see peace”.

Mr Muhammed Ethman, an activist from Palestine described in great detail why Palestinians continue to flee Palestine. “The occupation and a general state of hopelessness have gripped Palestinian youths. The apartheid conditions under which they live has forced them out” he said.

PRC delegates also spoke at a meeting at the Human Rights Council in Geneva.  A number of international NGOs participated at the event which focused on the Palestinian refugees especially those in Iraq.

The meeting was chaired by American Human Rights acvitst Carin Parker where head of Media Department at PRC, Sameh Habeeb, spoke in details about the general conditions of Palestinian refugees particularly those in Lebanon.

Habeeb called on the participating NGOs to exert more pressures on the International community to force Israel achieve its obligations concerning refugees and UN resolutions in relation.

Also, Dr. Tariq Tahboob of the Association of Palestinian Doctors in Europe, spoke on the event and explained the mayhem and suffering o0f Palestinian refugees in Gaza, Lebanon and other places.