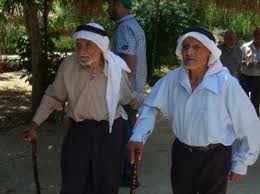 In an Arabic-language article published last week, I argued that Israel's new campaign to artificially equate Palestinian refugees and Jews who either immigrated or fled to Israel from Arab states relies on a forced and false analogy. Zionist ideology contradicts the notion that these Israeli Jews are refugees, and six decades of Israeli policy demonstrate Israel's complete disregard for Palestinian refugee rights. Israel's manipulative strategy is part of a public relations campaign that is both cynical and hypocritical.


At the very core of Zionist ideology is the idea that Israel is the homeland of the Jewish people. If this is the case, and Jews living in Israel are citizens of their singular national homeland, then the state cannot consider them refugees -- they cannot be returnees to Israel and refugees from another homeland at the same time. Demanding that the international community treat Jewish immigrants as refugees is therefore an act of "dezionization." If, however, they are refugees and Israel is not their homeland, then their primary right is the right to return.

An article titled "Hitching a Ride on the Magic Carpet" in the Israeli daily Ha'aretz highlighted Jewish immigrants who have spoken out against the notion that they are refugees. Each one has indicated that an Israeli citizen cannot be both a refugee and a Zionist. The late Yisrael Yeshayu, a Yemeni-born former Knesset Speaker said, "We are not refugees. [Some of us] came to this country before the state was born. We had messianic aspirations." Shlomo Hillel, a government minister and an active Zionist from Iraq explained, "I don't regard the departure of Jews from Arab lands as that of refugees. They came here because they wanted to, as Zionists." Former Knesset member Ran Cohen, who immigrated from Iraq, uses even more direct language: "I have to say: I am not a refugee." He added: "I came at the behest of Zionism, due to the pull that this land exerts, and due to the idea of redemption. No one is going to define me as a refugee."

The intention of Israel's campaign is not to protect the rights of Jews, nor to deliberately "dezionize" Israel, but rather to undermine the rights of the Palestinian refugees, whom it uprooted, dispossessed, and expelled from their homeland. Israel has since continued to deny Palestinians our rights as enshrined in international law and in successive United Nations resolutions, the foremost of which is the right of return.

Responses to my Arabic-language article accuse me of denying that Jews suffered targeted persecution in many states. I do not. Jews and others who were forced out of the countries they call home, and who consider themselves refugees, should be permitted to return. We Palestinians are unfortunately well acquainted with exile, and we stand in solidarity with all people who struggle to return to the countries from which they were expelled.

What we cannot tolerate is Israel denying the rights of those whom it has itself turned into refugees while demanding refugee recognition for some of its own citizens for the sake of compensation and undercutting the Palestinian right of return to homes and lands from which our people were forced out in 1948. In launching such a deceptive campaign, Israel is not fighting for the rights of its people; it is seeking to distort the Israeli-Palestinian struggle and deny rights to the Palestinians it ethnically cleansed 64 years ago.