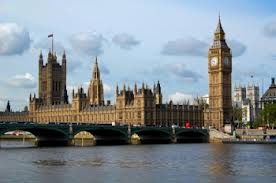 Share on Facebook Share on Twitter
International Campaign, "Britain, It’s Time To Apologise" 1917-2017...A Century Of Palestinian Suffering
It’s nearly 100 years since the UK Foreign Secretary, Arthur James Balfour, pronounced  the Balfour Declaration, on 2nd November 1917, promising a homeland for the Jews in Palestine.   Ever since, Palestinians have suffered tremendously under the shadow of Britains colonial past.It’s time for Britain to apologise for the human rights abuse suffered by Palestinians while under British Mandate (Administration). Justice was rendered over Britains colonial past in the Mau Mau case. The world heard what every subjugated people knew,  Britain committed brutal crimes against indigenous populations. The Palestinian Return Centre (PRC), with other partners around the world, is preparing   to launch their global campaign to mark  the centenary of the Balfour Declaration.The campaign, which will be launched in the UK, will gather a million signatures from those seeking justice in Palestine, in condemnation of British colonial policy between 1917-1948.Over 11 million Palestinians continue to suffer from the unjust and misguided British policy in Palestine.The five year campaign will include mass mobilization, popular events, conferences and workshops, lobbying, petition and many other initiatives.Great injustice leaves great scars, it is time Britain apologised to rebuild for the future.Since Britain has shown it’s capable of taking responsibility for its past atrocities, we are optimistic in achieving our goal.
Short Link : http://bit.ly/2C9W8XY
Tags
Next Article
Join us at the International Conference: Britain’s Legacy in Palestine
Previous Article
PRC launches Working Group for Palestinian Refugees in Syria
Most Views
Related Posts