Join us at the International Conference: Britain’s Legacy in Palestine 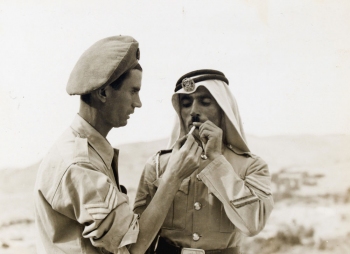 Last Update on the 10th Jan. 2013 -An international conference looking at Britain’s legacy in Palestine is being organized by The Palestinian Return Centre (PRC).


It will coincide with the fourth Palestine Memorial Week, from 19th-25th Jan 2013, and be the formal launching pad for International Balfour Campaign, which is a five year initiative by the PRC to mark the centenary of the Balfour Declaration in 2017.

The following sessions and speakers are confirmed:

The conference will be inaugurated by Prof Manuel Hassassian, Palestinian Ambassador to the UK, Mohamad al Hamid of PRC and a number of MPs.

Australia’s National Sorry Day, lessons to be learnt Why Mau Mau Matters to Palestine The Legal framework of the Mau Mau Case and its implications for Palestinians

The session will discuss the International Campaign to push Britain apologize for Palestinians.

The memorial week will include a number of events across different universities in the UK, including the University of Greenwich, Imperial College, Kings College and Brunel University. A film screening highlighting the plight of Palestinian Refugees from Iraq titled, “Displaced in Diaspora” will be shown on 25 January 2013 from 6:30PM to 9:00PM in the presence of film critics and representatives of Aljazeera News Network.

To participate cal and reserve your seat on: info@prc.org.uk or 02084530919, or sign via Facebook...Refreshments will be served in both events. For further details visit our website: www.prc.org.uk