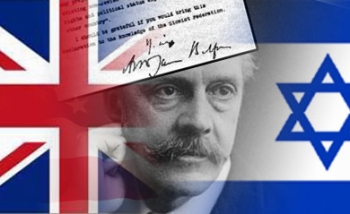 Last Update on the 10th Jan. 2013 -An international conference looking at Britain’s legacy in Palestine is being organized by The Palestinian Return Centre (PRC).


It will coincide with the fourth Palestine Memorial Week, from 19th-25th Jan 2013, and be the formal launching pad for International Balfour Campaign, which is a five year initiative by the PRC to mark the centenary of the Balfour Declaration in 2017.

The following sessions and speakers are confirmed:

The conference will be inaugurated by Prof Manuel Hassassian, Palestinian Ambassador to the UK, Mohamad al Hamid of PRC and a number of MPs.

Session 2: Legacy of the Balfour Declaration

Palestinians in the diaspora, why they must become engaged? (Alan Hart) Saying Sorry, Why it Matters (John Bond)

The memorial week will include a number of events across different universities in the UK, including the University of Greenwich, Imperial College, Kings College and Brunel University. A film screening highlighting the plight of Palestinian Refugees from Iraq titled, “Displaced in Diaspora” will be shown on 25 January 2013 from 6:30PM to 9:00PM in the presence of film critics and representatives of Aljazeera News Network.

To participate cal and reserve your seat on: info@prc.org.uk or 02084530919, or sign via Facebook...Refreshments will be served in both events. For further details visit our website: www.prc.org.uk