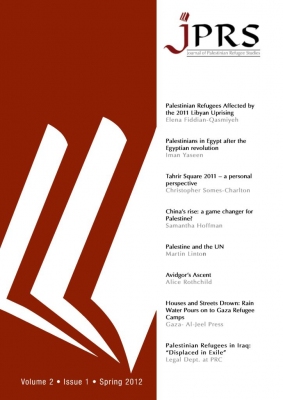 In the volatile political climate of the Middle East, Israel’s domination and subjugation of Palestine remains constant. Early dismantling of Palestine was followed by a slow disappearance, with sudden interruptions of egregious violence. The end goal throughout has remained the same; the total supplanting of Palestine with a Jewish state.


Nearly seven decades on from the initial ethnic cleansing of Palestine, denouncing the notion that the state was merely a means to achieve total colonisation of Palestine, appears extremely misguided. Israel in its stated goal was a contradiction. The project could only succeed by reconciling the irreconcilable, a lesson that has been learnt at a great cost to Palestinians.

For decades, Israel assailed against the natural flow of history and wrestled successfully with its own internal conflict between democratic principles and demographic realities to impose its will on the region.

Can this go on? Can Israel, in a changing Middle East and amid growing shifts in the world’s geopolitical axis, maintain its trajectory? Definitely not. Not simply because a state of injustice cannot be maintained for eternity, or that the long arc of history does indeed bend towards justice, but also because the evident changes taking place in the Middle East and around the world will sweep Israel of its misguided path.

The nature and trajectory of this change is, however, hard to gauge. Many factors will contribute to this, and we have a fascinating insight in to China’s position on Palestine from Samantha Hoffman who argues that Chinas growing power can alter the outcome of world politics, China’s

rhetoric against “hegemonism” and the US dominated world order presents a challenge to the current world system. New realities cause us to consider how China might use its power in order to alter world politics In the short term, aware that a decade is hardly a blink in time, Israel may

close in on itself even more than it already has, becoming more terrible and even more of a pariah in the region. There are clear signs of this already with the extreme right wing coalition of Netanyahu and other religious parties, who have clearly demonstrated they represent an existential threat to Palestine.

As Alice Rothchild argues in this edition, the ascension of Avigdor Leiberman, Prime Minister Benjamin Netanyahu’s overtly racist foreign minister, is not only disastrous in its own right, but also represents a culmination of longstanding Israeli policies. Israeli universities, she argues,

are filled with research on demographics and the devastating consequences of an Arab majority in Israel. Leiberman lifts the mask from the myth that a country that privileges Jews over Arabs can also be a land where all if its citizens find justice and equal

The unshakable desire for change in the Middle East has created a volcanic eruption, bringing with it tragedy for some and new pastures for others. One can only hope that in the long term the path taken is towards greater freedom, open government and more justice for the entire region as discussed by Chris Somes-Charlton.

Palestinians were not untouched. Many have been displaced again in Libya (see Elena Fiddiyan-

Qasmiyeh), Egypt and Syria. However, their misfortune has not been in vain as new fissures in the Arab world, opened by a new generation of freedom seekers in the Middle East, showed that freedom and justice in the Middle East is intertwined with the fate of Palestinians. Nowhere was this more vivid than Egypt. Where, as Chris Somes argues in this edition, Most correspondents simply reported that the protesters in Tahrir Square were seeking the end of Mubarak and his regime, omitting to mention the demand for a change in policy towards Israel.

After decades of political paralysis, millions of freedom seekers in the Middle East have learnt that their political fate is tied to that of the Palestinians. Without justice and freedom in Palestine, their revolution will not meet its full potential.

This simple fact, instead of shuddering Israel to steer a new course has only increased its

belligerence. Responding as it does best, seeking a casus belli, citing external enemies - Iran in this case -as existential threats, shamefully scoring political points through the memory of millions of murdered Jews in Europe, and holding the world hostage with guilt. (Haaretz, 6,3,2012, by conjuring the holocaust Netanyahu brought Israel closer to war) Israel cannot remain constant while tectonics shifts are taking place beneath it. Change in the Middle

East is inevitable. A free Middle East will demand freedom and justice for Palestine. 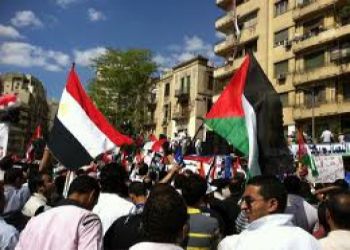