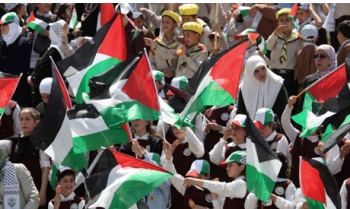 It was bewildering to see Israeli Prime Minister, Benjamin Netanyahu, welcoming the Arab spring. It was even more puzzling to see its president, Shimon Peres, repeatedly support and salute these "So called spontaneous" revolutions. But is it really a source of joy and delight for Israel? Is it really a chance for Israel to see more democracies similar to its own extending across the Middle East?  Why is Israel not concerned about these revolutions, or is it actually concerned and thinking for itself new ways out on the long term with new contingency plans afoot?   One would have to wonder to oneself who the loser is and who the winner from these revolutions.


The fall of Mubarak regime was supposed to be the corner stone of a new Middle East. Not the Middle East that was planned and aspired to by the Bush Administration, which was orchestrated and set into motion by PNAC and by his foreign secretary Condoleezza Rice. Actually, the fall of Hosni Mubarak and his stooges has been a benchmark move and individually the most important event within the sweeping democracy change movement; which is supposed to be paving the way for a completely different NEW Middle East appearance.

Israel for decades closed its front with Egypt and opened others in different directions. The Mubarak regime certainly had been a strategic ally for Israel and the US. In addition to protecting Camp David accord, keeping the borders with Israel safe and normalizing in different levels; Mubarak worked on Americanizing the Arab decision which served only   Israeli political interests.  The regime had an overwhelming effect on key Arab regimes which later formed the alliance of “Moderate Arabs”.  Key events were determined through Egypt like the Arab intervention in Iraq-Kuwait war and their participation. Back then, it had supported Oslo accord and even the launch of Palestinian authority. Egypt on many occasions pressured the Palestinian leadership to set up talks and negotiations. It has since softened the Palestinian positions and pushed to agree on many rounds of peace talks like Taba or Sharm al Shiekh which in some times was refused by Palestinian Authority due to Israeli right wing extremist positions. The Egyptian pressure was extended by appointing ex Egyptian Foreign Minister, Amr Mosa, as the leader of the Arab league. His appointment was purely just an extension of Egypt diplomatic supremacy on the Arab(s) decision.

Egypt played a key role in paraphrasing the Arab Initiative which gave up partially on the Palestinian Right of Return and accepted the original 1967 borders. The initiative was a chance for Israel to be involved in peace not only with Palestinians but the whole Arab world. Yet, Israel has refused it within hours as then former Israeli PM, Ariel Sharon, invaded the West Bank and besieged Yasser Arafat and his Governmental compound in 2002. Between 2005 to 2010, the Egypt regime worked bit by bit in accordance with Israeli politics in regard of the Gaza Strip. It did impose a siege over Gaza exactly the same as the Israeli one. It blocked commercial goods, citizens and passengers legal movements from and into Gazan territories. The policy of Egypt was more against the Hamas faction rather than people. But factually speaking, the people of Gaza were the only victims. Instinctively, the overwhelming majority of the Egyptian people were also not happy with Mubarak but had no audacity or courage to say NO  for decades. The regime refused to confront Israeli policy decisions in Africa, the strategic background of Egypt.  Israel did however build strong relations with many countries like Ethiopia and countries bordering the Nile river system and tributaries. Dozens of projects were carried out by Israel in Africa, either on the military or the infrastructure level. Yet, Egypt still did nothing. Not that long ago, Israel personally worked hard in the inception of the newly born state of South Sudan to help towards achieving its own independence. Many Israeli companies have swarmed all over the Egyptian markets like flies on dead meat.  Israeli tourists themselves still have and still the freedom to enter Egypt, especially Taba.  The relation between Israel and Egypt was never actually greatly affected by an incident like the Intifada and Gaza War in 2009. Mubarak himself personally conducted the biggest gas and energy deal with Israel which is 7 times less than standard world market prices. Under Mubarak, Israeli spies were actually released from Egypt and handed back over to Israel. All of this took place by the will of the Mubarak and not the Egyptian people. Apparently this was all in Israels' favor and Israel only. As Mubarak was forced to step aside, the region started to take another shape that will be more people-oriented rather than regime -oriented.  The revolution in Egypt is not yet complete and still already experts are warning of a civil war with the economy diminishing, and huge investments escaping. However despite all these conditions, the mainstream public in Egypt is still at Cold War with Israel. The massive protests against Israeli embassy in Cairo, the attempt to go to Gaza mid May are some signs. Israeli diplomats were inspected at borders with Egypt on their way to Cairo; for the first time ever recently.  The new regime in Egypt, “on the governmental level” tried to stand by it's people. It has re-opened Rafah Crossing and promised to lift the siege. It has facilitated the Palestinian leadership despite the American-Israeli refusal. The regime even started to work on renovating their relations with Iran, which will indeed make the new Middle East map entirely unpredictable and unprecedented.  An important analysis suggests that Mubarkism is still there and still strong, albeit by some characters in the Egyptian Military council. These entities are in constant contact with America, and in the key decisions are made in consultations with the American administration. Egypt’s revolution is still incomplete and the forthcoming elections in September or October will certainly change the face of Egypt. As all expectations are suggesting, and as observers agree, the Muslim Brotherhood political party should win. This winning was already evidently pre-determined early in the constitutional referendum amendments in Egypt. The policies will most certainly change but how Israel will deal with it?  Muslim brotherhood is in total support of Hamas and is not happy with the status quo with Israel. Will they sacrifice their cosy relations with Israel and cancel Camp David? Will Egypt enter into a confrontation with Israel? What will be the new Middle East like? What will be the future of peace? Indeed, answering these questions and others will be a bizarre and unravelling political adventure. Only time will tell to either prove or disapprove that the excitement of Israel towards these revolution was true to heart or not! by Sameh Habeeb,

Habeeb is a Palestinian Journalist from the Gaza Strip. He worked as reporter for Ducth TV Netvork, and freelance reporter with Aljazeera, BBC, Chanel 4 and Sky News during Israeli war in Gaza in 2009. He founded the Palestinian Telegraph Online Newspaper, http://www.paltelegraph.com Volume 2, issue 1, Spring 2012, Third Edition Journal of Palestinian Refugee Studies