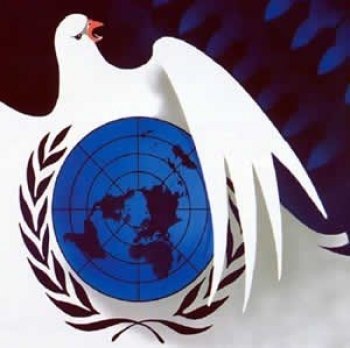 When Mahmoud Abbas stood up to deliver his speech to the United Nations in September, he addressed them “on behalf of the Palestinian people in the homeland and in the diaspora” and he told them not only that it was time for the Palestinian people to gain their freedom and independence, but that the time had come to end the plight of “millions of Palestine refugees in the homeland and the diaspora, to end their displacement and to realise their rights”.


Before his speech, and still to some extent since, a few leading Palestinian refugees in this country and in the US have questioned whether President Abbas was seeking Palestine’s admission to the UN on behalf of all Palestinians, or just on behalf of those living in the occupied territories, and have likewise questioned what benefit, if any, would come to the refugees if a Palestinian state based on the occupied territories were admitted to the UN.

There are legal points to be resolved, but the more pressing point is political. Without a state encompassing at least a part of the Palestinian nation, there is a danger that the world will in time forget the Palestinians. Statehood creates a focus and legitimacy for a national identity both within and beyond its border. Ask the Armenians if the Armenian republic, whose population is dwarfed by the much larger Armenian diaspora, helps or hinders their national identity. Indeed, ask the Israelis the same question.

The point is not just that the perfect can be the enemy of the good – perfectionists don’t make good politicians – but that the best strategy for recovering the rights of Palestinians, all Palestinians, including the refugees, may be through statehood. None of us can predict what will happen in the long term. But what is pretty certain is that a secure and economically viable Palestinian state with a seat in the United Nations would be able to advance the interests of Palestinians in Israel and in the diaspora far more effectively than the Palestine Liberation Organisation can today.

A Palestinian state in the West Bank and Gaza should not be seen as an alternative to the right of return. The right of return is a right enshrined in UN resolutions for refugees to return to the place they were forced out of and not allowed to return to. President Abbas has said many times that he neither will nor can negotiate away that right. It belongs to individual people, given to them by the UN.

The Israelis would obviously expect the refugee issue to be part of a final status agreement. They see it as a vital issue. Abbas also sees it as “one of our core issues… We have five million refugees expelled from Israel, including myself.” But he points out that both sides are committed to “a just and agreed-upon solution for the refugees”, laying particular stress on the words “agreed upon”. The ideas that were discussed in the Palestine papers were proposals that would have had to be submitted to Palestinians for their agreement. That proviso was written on every page of the Palestine papers: “nothing is agreed until everything is agreed”. Too little is known about the form in which a proposed final settlement would be put to the Palestinians to accept or reject to be able to say for certain that they will be satisfied with the process, but if every Palestinian has a vote, they will greatly outnumber the Palestinians in the OPT and should therefore be in a position to ensure that the settlement is fair to them.

The Israelis would like them to be offered “return” to the OPT only. But, as the refugee organisations point out, that would be resettlement, not return, for most of the refugees and they would still be entitled to compensation for their lost land and homes in Israel. The nakba involved not only massacres and intimidation that put hundreds of thousands of Palestinians to flight, but also theft on a massive scale. Wealthy Palestinians in Jaffa and West Jerusalem were fleeced not just by the armed gangs who forced them to flee but by the nascent state of Israel that refused them both the right to return and the right to reclaim their houses, land and possessions. In a sense the real outrage was not forcing the Palestinians to flee, but refusing to let them return, and that outrage was committed not by armed gangs but by a state. That, according to the supporters of Israel, makes it legal.

One of Brecht’s characters remarks: “Why rob a bank when you can own one?” No doubt the Haganah and the Irgun asked themselves a similar question in 1948: “Why break the law when you can make the law?” If they had simply taken over the orange groves of rich Palestinians in Jaffa and the town houses of rich Palestinians in West Jerusalem, they would have been guilty of theft. However, they turned themselves into an army and they turned theft into military conquest when Israel declared its independence. The state of Israel then passed a law refusing the right of the original owners to return and another law, the Absentees’ Property Law, legitimising the government’s seizure of refugees’ property on the pretext that they had ‘abandoned’ it. ‎The UN, founded to end the taking of land by military conquest, recognised their state but also recognised the original owners’ right of return.

How will all this affect the Palestinians living inside the state of Israel. A Palestinian state in the West Bank and Gaza can never be an excuse for forced population transfers or land swaps. Israeli citizens have a perfect right to continue to live in Israel if they wish, regardless of their ethnic origin, and, considering the Israeli state has stunted and starved the economies of both the West Bank and Gaza, it would be understandable if they preferred to continue living in a developed economy such as Israel rather than moving to, or being moved to, an economy that has been artificially stunted. In any case if there were proposals for any part of Israel, such as western Galilee or the so-called ‘triangle’ to be transferred to another state, the population of the area would have to take the decision themselves in a UN-run plebiscite.

At the moment the PLO is the only body that can represent the interests of Palestinians. It is the PLO that has speaking rights at the UN General Assembly. It is the PLO that negotiates on behalf of the Palestinians if and when there are talks. It has a democratic structure that is meant to represent the interests of both the diaspora and occupied territories. Its democratic practice leaves a lot of be desired, but PLO elections have been promised for 2012 and a civil initiative is underway to register Palestinian voters in the refugee camps.

If the UN were to recognise the Palestinian Authority as the representative of a Palestinian state based on the West Bank and Gaza, that would disenfranchise the Palestinians in the diaspora. The Oxford law expert Guy Goodwin-Gill raised this issue in his legal opinion published in August 2011, suggesting that if the UN admitted the ‘State of Palestine’ as a member it might mean the PLO ceased to be their representative. This was taken by some to suggest that Palestine’s statehood bid was against the interests of Palestinian refugees, even a betrayal of the right of return, which did a lot to undermine the Palestinian campaign to win support for their statehood bid at the United Nations in September.

But the purpose of the Palestine Liberation Organisation was always to liberate Palestine and it has always been envisaged that the state, when liberated, would be called Palestine, not the PLO. At a seminar in London in November Goodwin-Gill suggested a way round this problem – if it is a problem. He said it would be “most unusual to have a State of Palestine and a Palestine Liberation Organisation both representing the Palestinians, but it would be open to the General Assembly to require that the PLO continues to be the representative of the Palestinians in some way.”

It would be a tragedy for the Palestinians if the momentum they have gained with the statehood campaign since September were dissipated in a legalistic argument, so let us hope that this formula enables all Palestinians to stand “on the right side of history”.

Undoubtedly the statehood campaign has been a powerful weapon in winning support for the Palestinian cause. Twenty years of negotiations always put the Palestinians on the back foot, in a defensive posture, even when they were under attack, and now at last the Palestinians have found the right way forward. It may still take a while to get full membership of the UN, but it is a positive strategy that has some chance of success and success will come. The Israelis will never deliver anything of their own accord. Obama, for all his fine words, will never deliver anything. It’s the international community that has to deliver the solution, and it’s the Europeans who have to take the first steps – because they alone have the power to put economic and political pressure on Israel.

The battle is for public and parliamentary opinion is in European countries and that is where the campaign for recognition of a Palestinian state is gaining ground. The politicians will follow too slowly of course, but the arguments for recognising a Palestinian state are so overwhelming – especially with European support for the tide of democracy sweeping the Arab world – that they must prevail in the end.

How can we support self-determination in Tunisia, Egypt, Libya and Syria without also supporting it for the Palestinians? That is the question the Palestinians need to keep putting to the Europeans. Sooner or later, the right answer must come.

Martin Linton is a former MP and Guardian journalist and now a parliamentary lobbyist for the Israeli Committee Against House Demolitions.