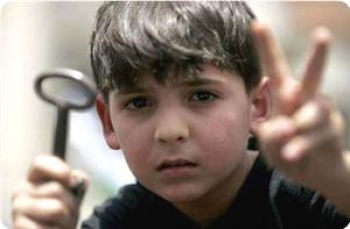 Today, there is no excuse for not knowing the truth about Palestine. Even taking the disinformation spread in mainstream media, there are enough glimpses one gets of an oppressed people in Gaza, the West Bank and East Jerusalem that should compel us to ask questions. This has been considerably aided by the internet. Where once Israel could manipulate the media narrative, now millions can see videos and read witness accounts of Israel’s occupation in all its terrifying ugliness. Global initiatives, like the daring Free Gaza flotillas, force the mainstream media to report this news, however fleetingly. Consequently, people want to see for themselves what is happening in Palestine and come back with stories that have shaken them to the very core of their being.


Stories of endless queues of people at checkpoints waiting for permission from armed soldiers who decide if they should pass; devastated families making sense of the rubble that was once their homes as Israeli bulldozers move on to the next calculated demolition; heartbroken farmers grieving over their centuries-old uprooted olive trees and scorched earth orchards; already traumatised children wondering if the next missile or bomb will this time wipe out their families or friends; terrified citizens waiting for the sound of army squads coming to arrest who knows who in the early hours of the morning; and the shadow of that rapacious Wall darkening the landscape even as it closes off the world to the Palestinians it imprisons.

And these are only the obvious signs of Israel’s apartheid plans as it moves to cement an exclusively Jewish state in a land that is home to almost an equal number of Palestinians and millions more in exile waiting to return home.

The alarm bells should be ringing when this information filters through, and yet there is a wall of silence while our political leaders declare undying fealty to Israel, cavalierly wear it as a badge of honour or indulge in junkets to Israel. And those bells should be all the more alarming, when documented reports of Israel’s war crimes by human rights groups and official enquiries are virulently attacked and then ignored.

But the world lacks courage. People are terrified of being labelled anti-Semitic. Even Palestinians, who are themselves Semites, are often afraid of being further shunned and disadvantaged in countries that give them refuge. Not only do people fear repercussions, but speaking the truth or even just hearing it has a way of taking people out of their comfort zones. They fear their troubled consciences may require them to act and so they bury their heads deeper into the sand where they hope even the sounds of silence might be extinguished.

In the face of Zionist saturation media and the new “Brand Israel” campaigns, many people wanting to advocate for Palestine might feel defeated, but time and again we see that the individual talking truth to power can be enormously effective.

The now deceased scholar and public intellectual Edward Said, showed more than anyone else that individuals can make a difference in the public defence of Palestine. He particularly saw the intellectual’s voice as having “resonance”. In fact, it is so powerful that intellectuals have been subjected to all kinds of vicious campaigns against their persons and positions for speaking up for Palestine, just as Said was himself.

Of course, one does not need to be an intellectual. Said’s words can just as aptly apply to any one of us. He said avoidance was “reprehensible” and described it as,

“that characteristic turning away from a difficult and principled position which you know to be the right one, but which you decide not to take. You do not want to appear too political; you are afraid of seeming too controversial; you need the approval of a boss or an authority figure; you want to keep a reputation for being balanced, objective, moderate; your hope is . . . to remain within the responsible mainstream . . .”(1)[i]

As an intellectual, Said had his academic record, his professional standing, his research and his publications to give weight to his pronouncements, but it took no less courage than it would for anyone else to challenge the accepted paradigm. The challenge arises out of knowing the truth; the courage arises out of a commitment to principle in the face of collective condemnation. This is just as true against the Zionist barrage of lies as it is against convenient explanations mounted by those who accommodate the powers that be for their own ends.

In 1993 when almost everyone else thought the handshakes on the White House steps would seal the negotiated Oslo Accords and at long last give the Palestinians their freedom and bring peace to the region, Edward Said saw that these accords would merely provide the cover for Israel to pursue its colonial expansionism and consolidate its occupation of Palestine. However, he knew to criticise Oslo meant in effect taking a position against ‘hope’ and ‘peace’. His decision to do so also flew in the face of the Palestinian revolutionary leadership that had bartered for statehood.

Although Said was denounced for his views, he was not prepared to buy into the deception that he knew would leave the Palestinians with neither hope nor peace. And just as he predicted, each fruitless year of peacemaking finally exposed the horrible reality of Oslo as Palestinians found themselves the victims of Israel’s matrix of control, a term used to describe the situation by the Israeli activist Dr Jeff Halper in 1999.(2)[ii] And this domination of one people over another without any intention of addressing the injustices of the Palestinians ethnically cleansed from their homeland, has undeniably reduced Israel to an Apartheid state.

The Palestinians have nothing left worth calling a state and they are facing an existential threat on all fronts. Yet, intellectuals are still talking about a two state solution in lock step with the politicians, a mantra that is repeated uncritically, even mendaciously, in the mainstream media. Media pundits argue that it is Israel facing an existential threat, but it is becoming evident every day, that against Israel, which is armed to the teeth with nuclear and conventional weaponry, the Palestinians do not stand a chance. They have never had an army and have no acceptable means to fight off their own ongoing dispossession and occupation of their homeland. It is no wonder the two state solution became the panacea to the Palestinian struggle for self-determination.

This pandering to an idea for twenty long years has been undermined by the furious sounds of drills and hammers reverberating in illegal settlements throughout the West Bank and East Jerusalem and the catastrophic societal ruptures engineered in Gaza. Now those sounds are muffled by the rhetoric of “economic peace”, “institution-building”, “democracy”, “internal security” and “statehood”. These words must be challenged at every opportunity, for they are not only words, but dangerous concepts when isolated from truth on the ground.

It is no use talking about “economic peace” if you fail to understand that industrial estates built for Palestinian workers are intended to provide Israel with slave labour and cheap goods. It is useless to support “institution-building” when Israel continues to undermine and obstruct those programs already struggling to service Palestinian society. It is a lie to speak of “democracy” when fair elections in 2006 had Israel and the world denying Hamas the right to govern. It is a charade to accept “internal security” when arming and training Palestinians to police their own people covers for Israel’s and America’s divide and conquer scheme. It is hollow to speak of “statehood” when Israel keeps stealing land and building illegal settlements that deprive the Palestinians of their homes and livelihoods while herding them into isolated and walled-in ghettoes.

Now, it is our turn to speak the truth and act fearlessly, regardless of the censure we are likely to encounter. The German philosopher Arthur Schopenhauer is believed to have said that truth passes through three stages: “first, it is ridiculed; second, it is violently opposed; third, it is accepted as being self-evident.” Today, we are at the third stage: the 11 million Palestinians living under occupation, as second-class citizens in Israel, as stateless refugees and others in the Diaspora, are the living truth. That is Israel’s Achilles’ heel and Israel knows it.

The Palestinians are no longer the humble shepherds and farmers that Zionist forces terrorised into fleeing to make way for the Jewish state of Israel. A new generation wants justice and it is demanding it eloquently, non-violently and strategically. Their message: no normal relations with Israel while it oppresses Palestinians, denies their rights and violates international law. And boycotts, divestments and sanctions are the legitimate tools for challenging a state that claims exceptionalism and which perpetrates extreme and criminal actions to ensure that status.

People, of course, are always tempted to opt for the path of least resistance, especially when they simply cannot empathise with those who have been so successfully misrepresented and demonised by the Western media. However, the world is changing, and slowly people are realising that they too are vulnerable as Western societies begin to crumble under the weight of government power, which is burgeoning out of control without checks or balances. Universal human rights and principles of international humanitarian law that once were the mainstay of our democracies have been cast aside in the stampede to fight the “war on terror” and few have been brave enough to challenge the current system.

It is indeed possible for all of us to “squeeze out of reality some of its potentialities”(3)[iii], the stuff that University of Melbourne Professor Ghassan Hage says is found in those utopic moments that come from challenging our own thoughts, fears and biases. In that space lies the untapped power we seek to speak the truth without fear or favour. In that space lies the potential for political change. In that space, there will always be those who resist and speak Palestine to power.

Sonja Karkar is the founder of Women for Palestine (WFP), a Melbourne-based human rights group and co-founder of which is updated daily. Her email address is sonjakarkar@womenforpalestine.org