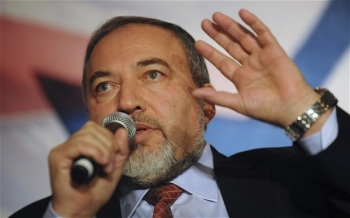 The ascension of Avigdor Leiberman, Prime Minister Benjamin Netanyahu’s overtly racist foreign minister, is not only disastrous in its own right, but also represents a culmination of longstanding Israeli policies. Palestinians with Israeli citizenship, who represent almost 20 percent of the Israeli population, have over 60 years of experience with Israeli-style discrimination.


Take for example Sami Abu Shehade, a postgraduate student at Tel Aviv University and community organizer from the “mixed city” of Jaffa, just south of Tel Aviv. I joined his “alternative tour’ of Jaffa in late October 2008 and again in January 2011; Sami began by explaining that the Old City of Jaffa is thousands of years old. It was a natural port located high on a hill, surrounded by fertile agriculture land, and occupied over 30 times, dating back to ancient Canaanites, up through the Ottomans and British. By the end of the nineteenth century, the thriving city of 50,000 was the cultural and commercial centre of Palestine, exporting millions of famed Jaffa oranges and importing foreign labourers from all over the Arab world to work the orchards, vineyards, sugar cane, and tobacco fields. In 1909 Tel Aviv was established with 60 Jewish families as two small northern neighbourhoods, with the intention to build the first modern Hebrew city. By 1948, Tel Aviv, with a population of 200,000, was the biggest city in Mandate Palestine.

After years of attacks and counteracts, political betrayals among Arab forces, mostly youthful resistance, and civilian massacres by the Stern Gang, with the departure of British Mandate forces in May of 1948, armed Zionist forces occupied Jaffa and the population shrank from 100,000 to 4,000. Entire neighbourhoods, families, and human connections were destroyed as Palestinians fled, some dying during the expulsion. Sami noted that the psychological trauma of this catastrophe lasted for decades, but the “Second Nakba” occurred in 1949 with the Absentee Property Law instituted by the new “very Jewish democratic” Israeli government. The Palestinians who stayed in the “mixed cities” were under military control, herded into barbed wired neighbourhoods referred to as “ghettos” by the Jewish soldiers in command. The Jaffans were forced into an area called al-‘Ajami, guarded by soldiers and dogs, while officials surveyed their forcibly abandoned properties, declared the owners “present absentees,” laid claim to the properties, and gave the homes complete with furniture to olim, desperate new Jewish immigrants. Most of the Arabs still in Israel remained under military control until 1966, living in constant fear of the Shin Bet, the Israeli internal security service.

Sami explains that the “Third Nakba is what is called coexistence, bringing Arabs and Jews to live together.” He notes that the Palestinians not only lost their property to the new Jewish immigrants, but frequently the Palestinians were hired to work in their former orchards as labourers, or as factory workers in businesses they once owned. They would visit their pre-1948 homes and bargain with immigrants from Bulgaria in an effort to retrieve some of their family possessions. Sometimes Arab houses were subdivided, so a home might be partitioned, one room to a Moroccan family, one room to a Romanian, and one room to the original Arab owner. These families shared one kitchen, one toilet, and no common language or culture. Sami explains that many Palestinian men, dispossessed, humiliated, and depressed, turned to alcohol, opium, and criminal activities. Thus his grandfather’s generation lost its family, its property and its pride as Palestinians, the Arab neighborhoods became increasingly marginal, and the population was blamed for its own downfall. In 1950 Jaffa became part of the Tel Aviv-Jafo municipality. Tel Aviv has never built an Arab neighbourhood, school, or mosque.

For Jaffa, the Judaizing of the city meant changing the names of the streets as well as expunging the history; Israeli textbooks do not mention the legacy and losses of the indigenous Arab population. Avenues that were once named after rich Palestinian families were changed to biblical miracles or Zionist leaders who “liberated” or “ethnically cleansed” Jaffa. Luxurious homes overlooking the Mediterranean, built by wealthy Palestinians before 1948, are now Jewish mansions or rented to the Danish ambassador. Additionally, the descendants of the 4,000 Palestinians who were forcibly brought to the al-‘Ajami neighbourhood, legally do not own their apartments; they are owned by the State according to Absentee Law. The State is now using legal action against the tenants because sometime in the past 60 years, the inhabitants built a balcony or added a room and thus violated the contract and can legally be evacuated. Although the al-‘Ajami neighbourhood is socially and economically depressed, its northern area is one of the most expensive real estate ventures in Israel, so there is tremendous investing, building, and renting to high-end clientele, at the expense of the local Palestinians. Sami notes that the Israeli architect, Ilan Pivko, easily obtains building licenses, but, “If you are an Arab in al-‘Ajami and close your balcony, they will destroy it in 24 hours.”

Ironically, the al-‘Ajami neighbourhood started in the early nineteenth century when Persian Sheik Ibrahim el Ajami, came to Jaffa and built a mosque. To be blessed, people built homes surrounding his grave and the al-‘Ajami neighborhood grew up around the mosque. After the ghettoisation in 1948, the area also fell victim to urban renewal in the 1950s and 1960s, with destruction of whole neighbourhoods and neglect and lack of services in the Arab areas. In the ensuing decades, this also became a “frozen zone” in terms of building permits for the local population, with plans on paper to build fancy beach hotels and neighborhood villas. As the neighbourhoods were neglected, Jews moved to nicer areas and the Palestinians stayed. The Tel Aviv municipality destroyed more than 3,000 apartments and allowed the demolitions to be buried on the al-‘Ajami shore. “All people began to throw all their garbage on our beach, now it is called the garbage mountain.” Sami remembers a sign warning children not to swim in the waters off of the garbage area. Adjacent to the garbage dump was an old neglected cemetery; because the Tel Aviv municipality did not rebuild a wall, the sea gradually eroded the soil and graves began falling into the see. “So for kids, it was much more traumatic to swim with bones than garbage.”

Sami notes that the current plague is “gentrification,” what some perceive as an apolitical force involving the private market rather than politics. “What can you do? Poor Jews can’t compete either.” The problem with this argument is that al-‘Ajami Arabs who are able to sell their homes, cannot buy a home in Tel Aviv.   Also all Arab families have legal problems due to earlier renovations and Sami cites some “500 families have orders for demolition or eviction. When they brought us coexistence in 1950, if you owned your house, they divided it and gave part of it to the Bulgarian family. When the Bulgarian family left, the Arab family gave them money to leave and then they destroyed the wall and regained the house. But the Israeli government didn’t recognise this, so you also have to buy the house from the Israeli government… If you are very close to the sea, they say you had a loan from 1960, then compound interest, now you owe millions to the government.” This is the “new liberal mentality, most planners are upper middle class, know nothing about poverty. If you are poor it is your fault.” So in the Tel Aviv municipality, nearly 40% of the Palestinians living in the al-‘Ajami neighbourhood are living on welfare in extreme poverty and owe the State millions. “So we are stuck. This is the private market, supply and demand, ‘nothing to do with Arabs.’ The problem is that the Arabs in al-‘Ajami have no choice to live elsewhere.”

Sami takes us to an old Jaffa synagogue, Or Yisrael, Light of Israel, empty for decades and now under renovation. He notes that a number of NGOs are bringing rightwing Jewish settlers once in Gaza and the West Bank into “mixed cities” to “Judaize the area.” In the midst of this secular neighbourhood, a group of Jewish settlers, the “most extreme and violent soldiers in the Israeli Defense Force,” have already increased tensions. Sami recounted that they had recently yelled “Death to the Arabs” to a group of teenagers who responded violently, were arrested, and “disappeared” in the hands of the police for two days. “They are small in number, but they will grow much stronger, and if an Arab opens his mouth it will be very dangerous. How the West was won.” An NGO, Harosh Yehudi, the Jewish Head, is now looking for 200 empty apartments for extremist Jewish families to strengthen the Jewish, “suffering in Jaffa from Arab violence and racism. This is the language.” David, an Israeli activist, comments, the problem is that, “we are not dealing with a bunch of racists. The problem is that the vast majority of the Jewish population believes in this settler discourse and agrees.”

Sami sees the long-term consequences of this psychological, political, and economic divide: a sense of internal defeat. “So the high aspirations for Arabs here are to sell humus to the Jews, prepare their cars, sell falafel, give them services….people are used to being on the margins…When you tell them why not an Arab mayor, they think you are crazy. They don’t dream for equality.”   Ultimately, he argues, this is about racism. Israeli universities are filled with research on demographics and the devastating consequences of an Arab majority in Israel. Then the discourse turns to transfer and land exchange, or liberals dream of educating Arab women so they will marry later and have fewer children. “You hear this as legitimate news.” He adds that Arabs are welcome in Israel, if they “are willing to serve but do not expect equality. If we continue doing the construction, the restaurants, they will be democratic and nice to us. But don’t tell us democracy, or marry their daughters.”

These political contradictions and ethical challenges are seriously problematic for a country that purports to be a democracy. One can certainly argue that Leiberman lifts the mask from the myth that a country that privileges Jews over Arabs can also be a land where all if its citizens find justice and equal opportunity. Perhaps it is time to have an honest conversation. How can a country demand civil loyalty when it cannot guarantee civil rights? What are the long-term consequences of this potent mix of exclusion, paternalism, discrimination, poverty, and alienation? How can Palestinians reconcile the painful contradiction that the Peres Peace Center was built on confiscated Jaffa refugee property? Perhaps when Jewish Israelis proudly sing their national anthem, Hatikvah, with the stirring lines, “Our hope is not yet lost, The hope of two thousand years, To be a free people in our land, The land of Zion and Jerusalem,” they need to imagine how these words sound to 20 percent of their fellow citizens who still remember the glory days of Jaffa, “The Bride of Palestine.” Avigdor Leiberman is not an aberration; he is saying out loud what his fellow citizens have thought and done for more than 60 years.

Alice Rothchild is a Boston-based physician, author and activist. She works as a gynecologist at Harvard Vanguard Medical Associates and is an Assistant Professor in Obstetrics, Gynecology and Reproductive Biology, Faculty of Medicine, Harvard University. She has written extensively on the Israel/Palestine conflict, co-chairs, American Jews for a Just Peace – Boston, and published Broken Promises, Broken Dreams: Stories of Jewish and Palestinian Trauma and Resilience, Pluto Press, second edition, 2010.

She is currently working on a documentary movie, Voices Across the Divide, exploring Palestinian family stories focusing on the Nakba and its consequences.