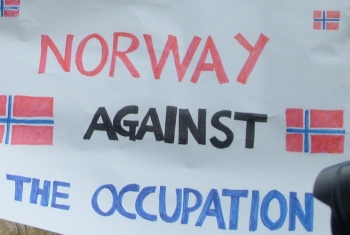 Twenty-five Palestinian refugees who managed to es­cape persecution in Iraq and find their way to Norway are living in harsh conditions after their asylum appli­cations were refused; some have deportation (“forced relocation”) orders pending. The Norwegian immigra­tion service based its decision on a June 2012 report issued by its land information branch, stating that Iraq is now safe for their return. The report quoted Mo­hamed Abu Bakr, charged with managing the file of the Palestinian refugees in Jordan, who said that “the living conditions for Palestinians in Iraq is now much better than it used to be back in 2003.” He added, “Palestinians today have the same citizenship rights as the Iraqis.”


However 2012 has witnessed a significant increase in violence against Iraq’s Palestinians as political conflict intensified in the wake of the American retreat from Iraq in December 2011 and the rise of the Iraqi security state. Eighty-two attacks against Palestinians in Bagh­dad were documented during the first five months of 2012 alone -- a rate of four attacks a week. It is clear that the Palestinian minority that remains in Iraq con­tinues to be exposed to physical threats and discrimi­nation that is endangering their lives. These regular attacks on the ground occur in the absence of any official Iraqi action in response. But safety issues aside, could Iraq’s Palestinians actu­ally return to the country?

According to a report issued by the UNHCR advisor on Iraq, on July 26, 2006, about 226 Palestinians success­fully escaped from the violent events in Iraq -- most of them women and children. They sought asylum in Syria, but were banned from entering and were forced to stay in a camp on the border. Iraqi security forces accused the Palestinians of being terrorists, warning them not to return to Iraq.

In 2011 a Norwegian land information office report quoted the former director of Baghdad’s airport as saying that “Iraqi authorities refuse to receive Pal­estinians returning to Iraq whose asylum applications were refused abroad.” The Iraqi embassy in Stockholm, Sweden, confirmed in a telegram made available to Eu­ro-Mid Observer that “Iraq’s Palestinians who left for six months or more are not allowed to go back in.”

Thus, it is clear that the return of Palestinians to Iraq through legal means is not welcomed by Iraqi authorities.

According to testimonies given to Euro-Mid Observer, the technical reasons cited by Norwegian authorities for refusing asylum have included:

Failure of the language test. A belief that Iraq is now safe, and that torture no longer occurs. A belief that some of the refugees who traveled to Norway via the UAE could find a home there.

It is difficult to find a judicial source for these judg­ments. In order to obtain the court’s decision, the asy­lum seeker must sue the immigration service in a civil court and petition for the records to be opened to the public. This process is lengthy as well as expen­sive; fling suit in civil court costs the asylum seeker a fee that ranges between $7,000-$10,000. Yet, asylum seekers are typically unemployed, since they are not allowed to hold jobs once their applications are re­fused. Note as well that in 2004, Norway stopped is­suing temporary work permits for those with expired documents.

Of the 25 Palestinian refugees with Iraqi travel doc­uments who have sought asylum in Norway, three traveled via the United Arab Emirates. Thus, the Nor­wegian immigration service recommended that they return to the UAE. However, their Iraqi travel docu­ments have expired and the UAE Ministry of Interior prohibits the entrance of any foreigner without a valid passport or alternative travel document that allows him or her to return to the country that issued it. Al­though the Palestinian embassy in Oslo could issue a Palestinian passport to these refugees, the document would not allow its holders to return to Palestine – and thus would not satisfy the UAE requirements. Before any deportation is ordered, Norwegian authorities must assure that the refugees will be accepted.

In a document dated May 23, 2012, UNHCR advised Palestinian refugees not to travel to the UAE unless they have the necessary travel documents.

The future of Iraq’s Palestinians in Norway

When their asylum applications are refused, Pales­tinian refugees can continue to live in Norway as il­legal immigrants. However, they live with the constant threat of deportation to a land that does not welcome them. Living conditions are difficult for illegal immigrants.

Routine medical care is not available to illegal immi­grants. With the exception of a new health care clinic in Oslo that is sponsored by a mission church and the Red Cross organization and offers free care to this population, illegal immigrants must rely on health care workers who assist these patients on a charity basis.

Euro-Mid discovered that of the 25 Palestinian refu­gees from Iraq who are now living in Norway, 11 no longer seek help from the refugee reception centre because they are afraid they will be deported. This fear deprives them of what health care assistance that does exist.19

When it comes to housing, it is clear from the testi­monies and interviews with NGOs that residential aid is lacking for this population. Most have to depend on their own meager resources. Since illegal immigrants are not allowed to work and earn an income, this is next to impossible. Most have to live with friends.

According to international and European law, Palestin­ians who hold Iraqi documents and who were forced by inhumane conditions and persecution to look for asylum may petition UNHCR for protection and assis­tance. The countries where they seek asylum must pro­vide secure shelter, “regardless of the matter of their resettlement,” until their final status is determined.

Given the conditions in Iraq documented in this re­port, the countries where Palestinian refugees seek asylum should consider their applications with sym­pathy. Article No. 33 of the UN agreement on refugees states that “it’s not allowed for any registered country to expel a refugee or deport him to a region where his life or freedom is threatened because of his race, reli­gion, nationality, membership of any particular social group, or political opinions.” This mandate applies to Palestinians seeking asylum from Iraq.

Ultimately the responsibility for the protection of Palestinian ref­ugees inside Iraq is primarily the Iraqi government’s. It must halt the human rights violations, including arbi­trary arrests and torture, and punish the perpe­trators. The Iraqi Government should also take quick steps to restore law and order, and as­sure the safety for Palestinian refugees still living in Iraq.

The government must discriminatory acts against Palestinians by the Ministry of Interior and other governmental authorities. Provide food and shelter to those in need, partic­ularly Palestinians who have been forced to take shelter on Iraq’s border with Syria and Jordan.

Repeal the onerous registration requirements im­posed by the Directorate of Accommodation in the Ministry of Interior.

For long term prosperity it must open up job opportunities for Iraq’s Palestinians. Facilitate the work of the International Commit­tee of the Red Cross and other humanitarian or­ganizations.

There is also a wider responsibility for the countries in the Arab world, especially those that border Iraq. They must assure Palestinians safe shelter and basic ser­vices.

They must acknowledge that Iraq’s Palestinians are specifically threatened, and thus must join with oth­ers to guarantee that no Palestinian refugee is the object of forced relocation. Palestinians should be treated humanely at all times, guaranteeing freedom of movement and protection from arbitrary detentions and arrests.

Internationally the jurisdiction of UNRWA must be immediately expanded to include Palestinian refugees in Iraq, registering them to include these individuals in its records and providing basic services as soon as possible. If there must be any lag in taking action, UNHCR should step forward to serve this population in the meantime.

The crisis of Palestinian refugees in Iraq requires a re­gional solution. All of the countries in the region (in­cluding Israel and the Gulf countries) must shoulder part of the burden by sheltering Palestinian refugees who are forced to flee Iraq, arranging re-settlement elsewhere or assisting financially. 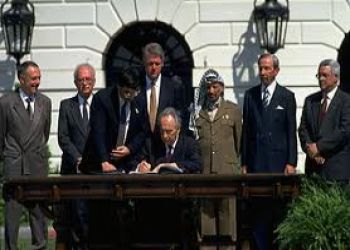 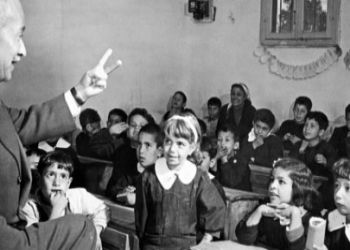