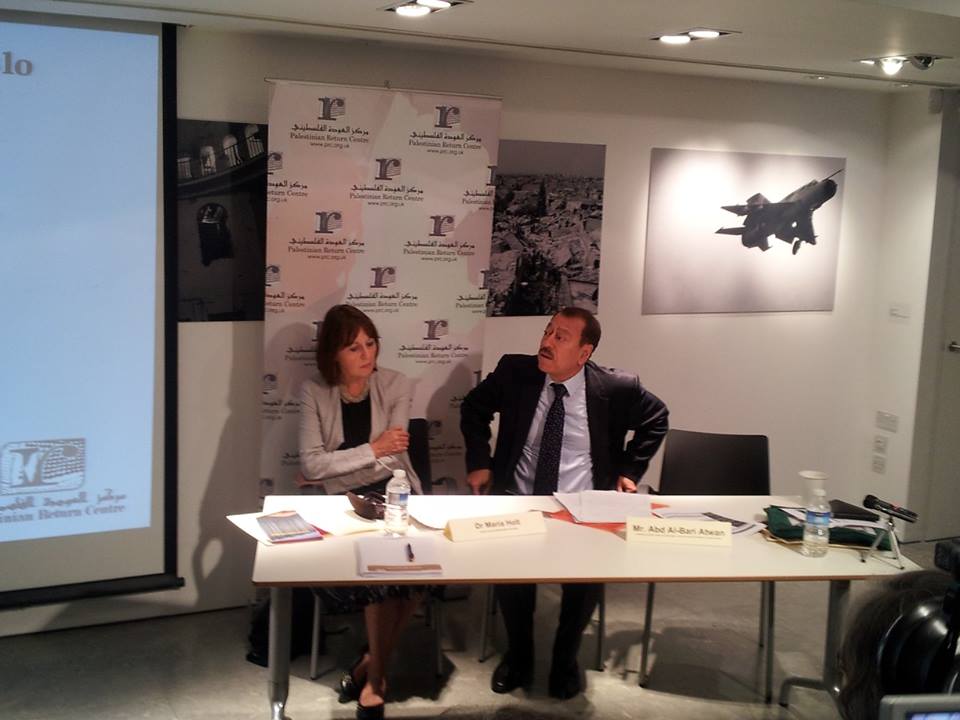 The first day of the two day international conference by The Palestinian Return Centre(PRC) and The Exeter Institute of Arab and Islamic Studies (EIAIS) ended successfully.


The conference marking the 20 the anniversary of the Oslo Accords titled, The Impact and Future of Oslo, gathered a panel of international experts  from, Australia, Norway, Palestine, Europe, UK and others.

An opening session that included representatives from both organisers and a number of current and former MPs, pressed the significance of such a conference.

Mr Muhamed Hamed from the PRC board of trustees highlighted that the PRCs very existence lies in the atmosphere of fear and anxiety created by the Oslo process. Professor Illan Pappe, representing Exeter University, opined the view that there needs to be candid discussion on the true intent of Oslo, which was a mechanism and a new strategy in maintaining the occupation.

The British members of parliament, past and present, included Jeremy Corbyn, Baroness Jenny Tonge and Clare Short, all emphasised the need for British parliamentarians to visit Palestine and see with their own eyes the terrible impact of the occupation.

The three main sessions in day one provided a historical context on the road to Oslo.

Session Two included Professor Illan Pappe and Dr Daud Abdullah,director of Middle East Monitor. Both provided the major historical milestones from the Israeli and Palestinian perspective respectively in the secret negotiations that marked the Oslo process in 1993.

Following on from their historical narrative Mrs Rawan Damen, from Aljazeera, showed her latest and exclusive documentary titled 'The Price of Oslo'. In it, Mrs Damen unearthed rare footage and carried out personal interviews with notable individuals, intimately linked with Oslo, to highlight the political interest that marked the negotiation.

In the final session of the day Professor Rosemary Hollis and Petter Buck of Norway expanded on the broader geopolitical context of Oslo. Professor Hollis examined the European and American thinking in pushing through the negotiation. Petter Buck, an expert on conflict resolution, examined some of the reasons that drove the PLO into the negotiation and the splits caused within the Palestinian ranks.