International Conference on Oslo accord concludes in London 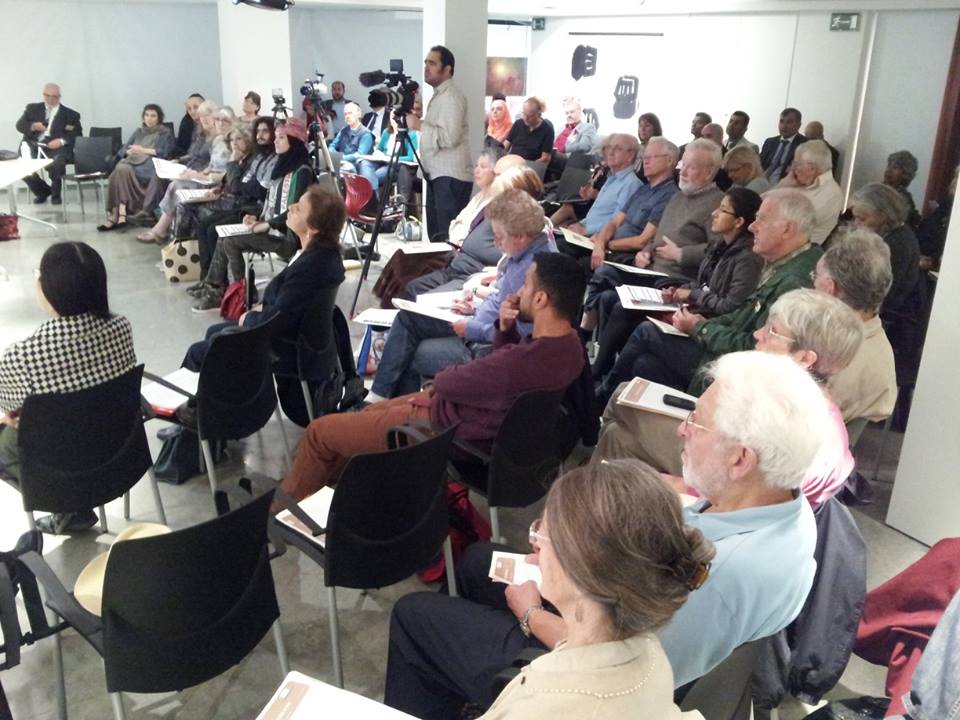 The international conference jointly organized by The Palestinian Return Centre (PRC) and The Exeter Institute of Arab and Islamic Studies (IAIS) ended yesterday.


The two day conference marking the 20th anniversary of the Oslo Accords, The Impact and Future of Oslo, gathered a panel of international experts from Australia, Norway, Palestine, Europe, UK and Middle East.

On day one, during the opening session that included representatives from both organisers and a number of current and former MPs, the significance of such a conference was universally shared.

Mr. Muhamed Hamed, chair of the PRC board of trustees, recalled that PRCs very existence lies in the atmosphere of fear and anxiety created by the Oslo process. Professor Illan Pappe, IAIS, opined the view that there needs to be candid discussion on the true intent of Oslo, which was a mechanism and a new strategy in maintaining the occupation.

The British members of parliament, past and present, included Jeremy Corbyn, Baroness Jenny Tonge and Clare Short, all emphasized the need for British parliamentarians to visit Palestine and see with their own eyes the terrible impact of the occupation.

The three main sessions in day one examined the historical and political context on the road to Oslo.

Session Two included Professor Illan Pappe and Dr Daud Abdullah, director of Middle East Monitor. They recounted the major historical trends and milestones from the Israeli and Palestinian perspective respectively in the secret negotiations that marked the Oslo process in 1993.

Building on the historical narrative, Mrs. Rawan Damen, from Aljazeera, showed her latest and exclusive documentary titled 'The Price of Oslo'. In it, Mrs. Damen unearthed rare footage and carried out interviews with notable individuals that were intimately linked with Oslo, to highlight the political interest driving the negotiations.

In the final session of the day, Professor Rosemary Hollis and Petter Buck of Norway, an expert on conflict resolution, assessed the broader geopolitical context of Oslo. Professor Hollis examined the European and American thinking in driving trough the negotiation. Petter Buck, examined some of the reasons that drove the PLO into the negotiation and the splits caused within the Palestinian ranks.

Day two focused on the impact of Oslo on all major issues like refugees. Speaking on the Impact of Oslo on the rights of Palestinian refugees, Mr. Majed Al Zeer, General Director of the PRC reaffirmed the principals and laws that enshrined the rights of Palestinian refugees including the right of return. He stressed that Israeli through Oslo has turned the conflict into a land dispute when the essence of the conflict is the question of people and their human rights. By focusing on land Palestinian leadership are bartering with human rights. Mr. Al Zeer was joined by Gillian Kerr Sheppard from Australia, who spend extended periods teaching in Gaza and the West Bank. Ms. Sheppard explained the positive results Palestinians enjoyed following taking ownership of the education system and syllabus granted to them under Oslo. Also speaking at the session was Mr. Khalid Waleed from the UFree organization, which campaigns for the plight of Palestinian prisoners. Mr. Waleed described different prisoner release agreements under Oslo and Israel’s imprisonment of Palestinians on political grounds rather than any criminal act.

The theme of Oslo’s impact continued through to the next session in which Mr. Emile Badarin, PHD researcher from Exeter gave an insightful presentation on the Impact of Oslo on the imagination of Palestine within Palestinian leadership.  Oslo’s terms of reference and euphemistic language tragically drove a wedge between the changing perception of Palestine between the leadership and the Palestinian people.  Mr. Ismail Patel, Chairman of Friends of Al Aqsa, described the details of Israel’s theft of water and Palestinian resource. He stressed that there was no shortage of water but the mechanisms of distribution under Oslo drastically reduced the amount of water allocated to Palestinians even though the major aquifers were in the West Bank.

In the penultimate session, Dr. Rev Stephen Sizer touched on the impact of Oslo on Jerusalem. Israel’s occupation and annexation of Jerusalem, although illegal under international law, was cemented further under the Oslo Accords due to the failure to safeguard against settlement construction. Both Dr Ghada. Karmi and Dr Uri Davies, presented their vision of Palestine under the theme of after Oslo. After taking stock of the current situation they stressed the need for new paradigms, one that was connected to International Law and Human Rights.

In the last session, most of the speakers were present for the final panel discussion. The chairs for the session Dr. Salman Abu Sitta, a prominent Palestinian thinker, lead the discussion on questions raised by the audience.  He emphasized the importance of new elections within the Palestine National Council, the legislative branch of PLO. There was awareness that new ways to simplify peoples understanding of the conflict and nature of Israeli occupation was required. It was further stressed that the international community need to make Israel pay for its occupation and not subsidies its repression of Palestinians.