PRC, PFB Gear up for Activities at the GPU 2013 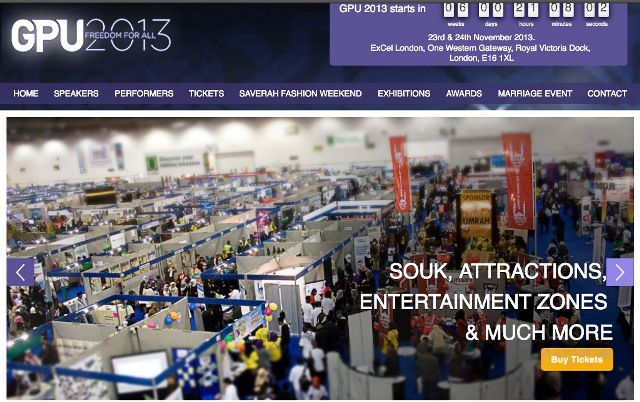 The Palestinian Return Centre (PRC) and Palestinian Forum of Britain (PFB) are organising  a program of activities on Palestine onboard of Global Peace and Unity (GPU) 2013. The Program comes as part of partnership with GPU 2013.


Held in the London Excel Centre on and with thousands of participants, the GPU conference is one of the largest in Europe, attracting crowds from all across the world.

PFB & PRC will organize a number of side events and a central exhibition with a number of supporting associations.

Both organizations will hold two different seminars on Saturday 23rd November to discuss major challenges on the question of Palestine and explore new ways to lobby for Palestine.

A number of high profile speakers will attend both, morning and afternoon seminars, for an in-depth discussion.

A number of exhibitions will be also put on display, including one the Nakba, Jerusalem, Apartheid, Gaza and more. There will also be cultural and historical items on display and a demonstration of Palestinian art and folklore.

In addition, a number of documentary films on different Palestinian issues such as Nakba, Refugees, Jerusalem, will be shown throughout the two day event.

There will also be stalls and an opportunity to join and receive update on our five year Balfour Campaign.

This year’s conference will be held on 23 and 24 November 20013. More details will be provided over the coming weeks.