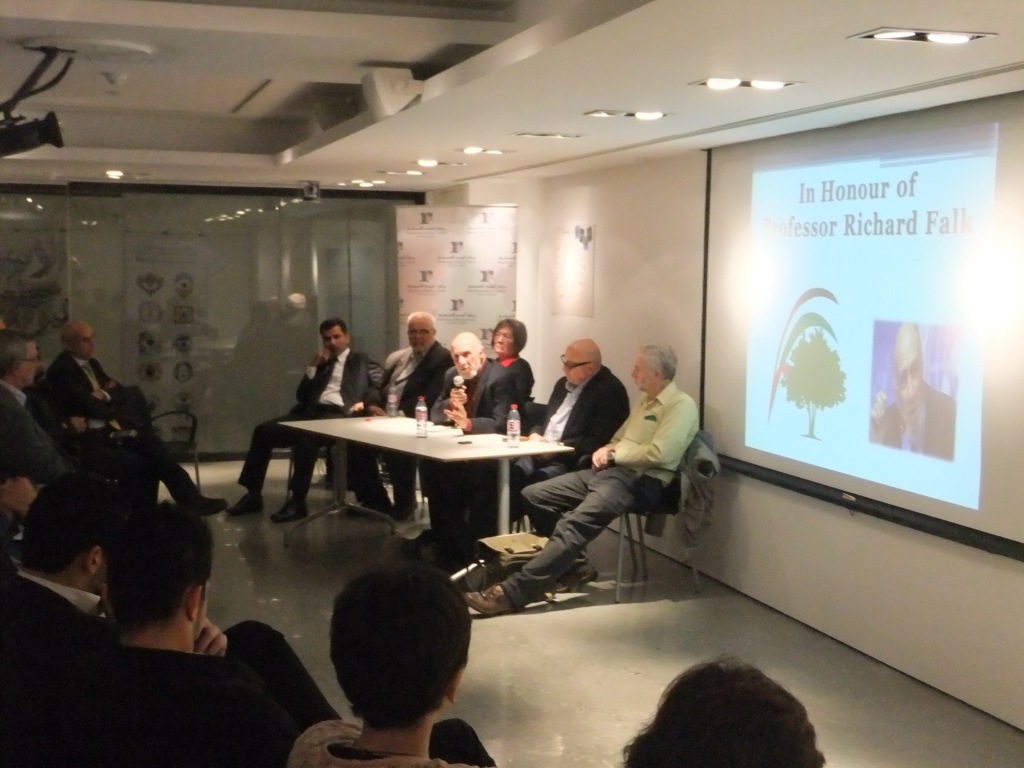 The Palestinian Return Centre (PRC) hosted an event in honor of Professor Richard Falk, the current UN rapporteur on Palestine.Professor Falk was met by a packed audience and a host of speakers who all paid tribute to him for the tremendous service and commitment over the years for the just cause of the Palestinians.

Professor Falk, currently serving his last term as UN rapporteur, engrossed the audience with reflective comments on the ongoing occupation of Palestine. He emphasized the disastrous imbalance between the parties and cited the fact that Palestinians made their biggest concession, by recognizing Israel within 1967 borders and ended their claim to historic Palestine. This was a monumental concession and a monumental opportunity that should have been met with similar reciprocity. But instead, Israel continued its policy of colonialism and ethnic cleansing.

He went on to lament the fact that time is not politically neutral for Palestinians as with every moment Israel continues to strengthen its grip on Palestine while stripping Palestinians from more of their rights.

He perceptively noted that Israel has made tremendous gains from two strands of its grand strategy: politics of fragmentation and the politics of deflection.  Israel uses fragmentation to internally divide, weaken and make Palestine pliant for Israeli occupation and rule and deflection is used internationally to repel attention from Israeli crimes to other issues global issues.

“PRC is extremely proud to have hosted such an event in honoring a global figure and a moral authority who, in the face of tremendous campaign against his good name, is unwavering in exposing the grave human rights abuse in Palestine”, said Mr Al Zeer, general director of PRC.

The event ended with presentation of an award from the PRC and the Palestinian community in UK and dinner.