Palestinians In Europe Conference to be held in Paris 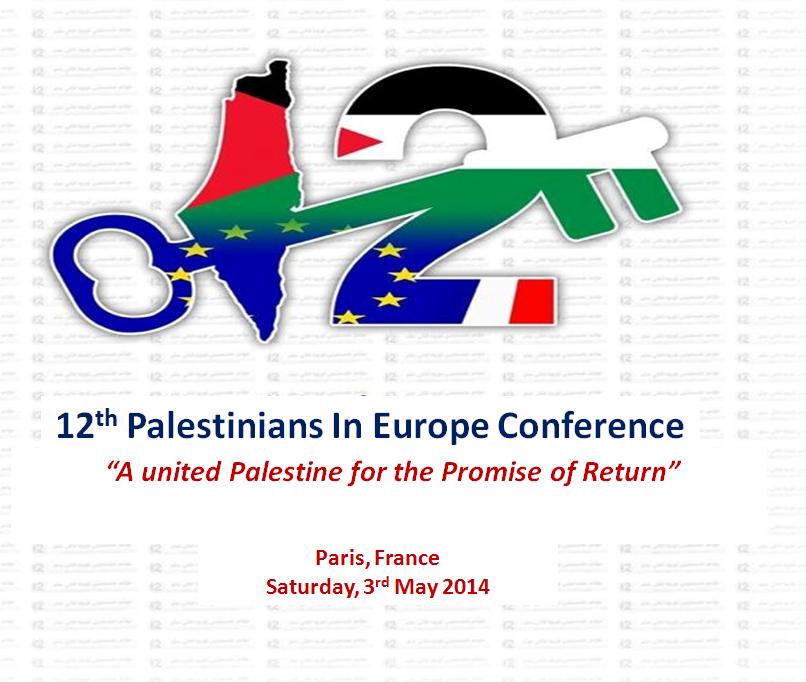 
The one-day conference will be held in Paris on Saturday, 3rd May 2014 under this year’s slogan, “A united Palestine for the Promise of Return”

General Secretary of the conference, Adel Abdullah, stated that the conference represents a central pillar of the Palestinian communities’ campaign in Europe for justice and human rights and it also reflects the strength and determination within the community for their basic rights to return to occupied Palestine.

He added that the conference is a meeting point for all Palestinian generations and their aspirations of a free Palestine.

General Director of the Palestinian Return Centre (PRC) and chairman of the conference, Majed Al Zeer stated, “Many key issues will be on the agenda for this year’s conference.  The right of return for refugees will be the key topic as well as the affairs of Palestinians in Europe. Additionally, it will discuss the plight of Palestinian refugees in Syria, Gaza, West Bank, Jerusalem and the prisoners. Israeli settlements, apartheid Wall, Negotiations and Palestinian reconciliation will also be on the agenda.”

Mazen Khail, chairman of Palestinian Forum in France and head of the organizing committee for the conference said that holding this conference in Paris is vital to the Palestinian communities in Europe especially in France.

The conference will include different activities like Palestinian heritage, folklore, film screening, and photo exhibitions in addition to holding a market for Palestinian products.

This conference is now a major event in Europe and has been running successively for eleven years.  It has successfully bonded thousands of Palestinians to the just cause of Palestine and their right of return.