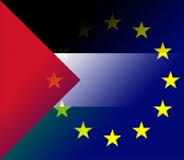 The Palestinian Return Centre (PRC), in partnership with the Centre for the Study of Democracy at the University of Westminster, is hosting a one-day conference on Europe and Palestine. The exciting event will bring together a number of leading experts from around the world.

Europe is the historical backdrop for the creation of the state of Israel and subsequent Palestinian nakba (’catastrophe’). However with the United States now playing the dominant role on the question of Palestine, Europe’s position, influence and room for manoeuvre has attracted less attention. It is also a decade since the formation of the Quartet in which Europe has been a less than effective partner.

This conference will present a wide-ranging appraisal of Europe’s involvement in Palestine and its possible future roles. It will provide historical context of Europe’s connection with Palestine, its current position on key issue and how the EU could emerge as a more significant player in any future resolution to the conflict.