Petition seeks “Britain apology” on Palestine kicks in the UK 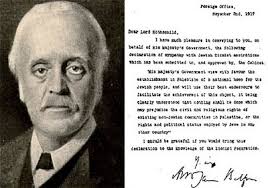 The Palestinian Return Centre (PRC), and Palestinian Forum of Britain launched a nationwide campaign in the United Kingdom asking Britain to atone for its historical mistake in Palestine.


The campaign is one year long that seeks to get 100.000 signatures from British citizens. Thus the issue can be addressed at the House of Commons.

This petition is parallel to international campaign launched on the same issue to collect 1 million signatures and will lost till 2017 on the centenary of Balfour Declaration anniversary.

Majed Alzeer, General Director of PRC stated that the campaign is part of a strategy to defend the Palestinian rights and to keep the issue alive the table.

Ziad ElAloul,  chairman of Palestinian Forum of Britain added that the petition is an effort to raise awareness of the British public and the historical role of Britain. He hoped to achieve the goals of the campaign and raise the issue for the public opinion. The Palestinian calls all organisations and those working the field to join the campaign.

The petition was launched on number 10 official website and hosted by Baroness Jenny Tonge.