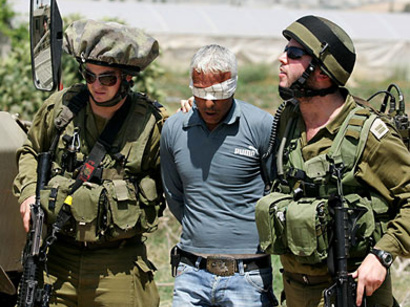 An International campaign to support Palestinian prisoners is set to launch Friday the 9th of May 2014. The campaign is in support of prisoners who are in hunger strike (for the past 16 days) especially those detained on administrative basis without trial.


The campaign will include an electronic move using twitter and social media websites. Different organizations and individuals across Europe will take part where over 100 languages will be used. This includes English, Arabic, French, Italian, German, Dutch, Swedish, Turkish, Russian, Ukrainian, Danish, Spanish, Greek and Bosnian languages.

The campaign is launched by the General Secretariat of Palestinians Europe in conference and will start Friday evening at 8pm London time, 9pm central Europe time. It is titled “Salt and Water” and the main Hashtag is #Water_and_Salt.

According to General Secretariat of Palestinians in Europe, hundreds of thousands wil be tweeting the Hashtag. It already prepared it in different languages as follows:

The campaign seeks to break the silence and expose the illegal practice of Israel against Palestinian prisoners who are held without trials for long time. It also seeks to engage the human rights organizations worldwide to meet their obligations and act to end Israeli policies. Additionally, it aims at pressuring these organizations to visit and investigate the conditions of Palestinian prisoners.

Parallel to the campaign information, reports and news stories will be published across the web, especially Facebook and Twitter. The campaign will continue and escalate on Sunday, 11th May 2014 where media outlets will join to raise awareness of the prisoners’ plight.