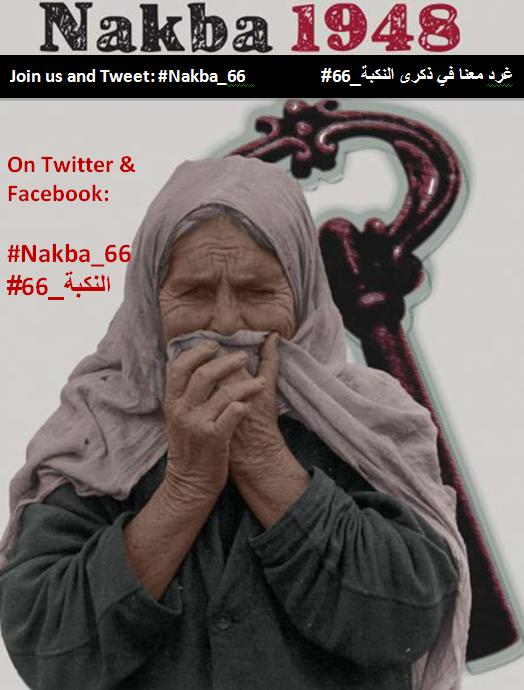 The Palestinian Return Centre (PRC) in association with Palestinian and European organizations are preparing commemoration for the 66th anniversary of the Palestinian Nakba. It will start on the 15th of May 2014.


Main event of the tribute is a campaign, which will be launched on Thursday at 8pm London time, 9 pm central Europe time. To take part in the “66 Years of Palestinian Nakba” campaign follow the main Hashtag; #Nakba_66

The campaign will be in more than 10 languages worldwide, with a special focus in Europe.  In parallel to the campaign there will be reports, articles and news stories published across the web, especially on Facebook and Twitter.

The commemoration will raise greater awareness and highlight that Palestinians refugees around the world are determined to return to Palestine.  Palestinian refugees were expelled through ethnic cleansing by Zionist paramilitary groups beginning in 1947, which left 530 villages destroyed and over 800, 000 refugees. The number of Palestinian refugee has considerably doubles since then to reach over 6 millions according to UNRWA statistics.

Palestinian Return Centre, who is heading this campaign, stated that the initiative will include protest, pickets, lobbying and cultural events across a number of European cities to remind the world of the historical and ongoing plight of the Palestinian people. 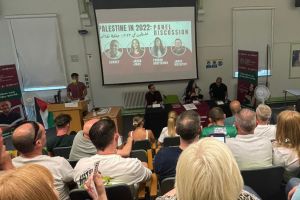