Palestinian Right of Return discussed at the UN – Geneva 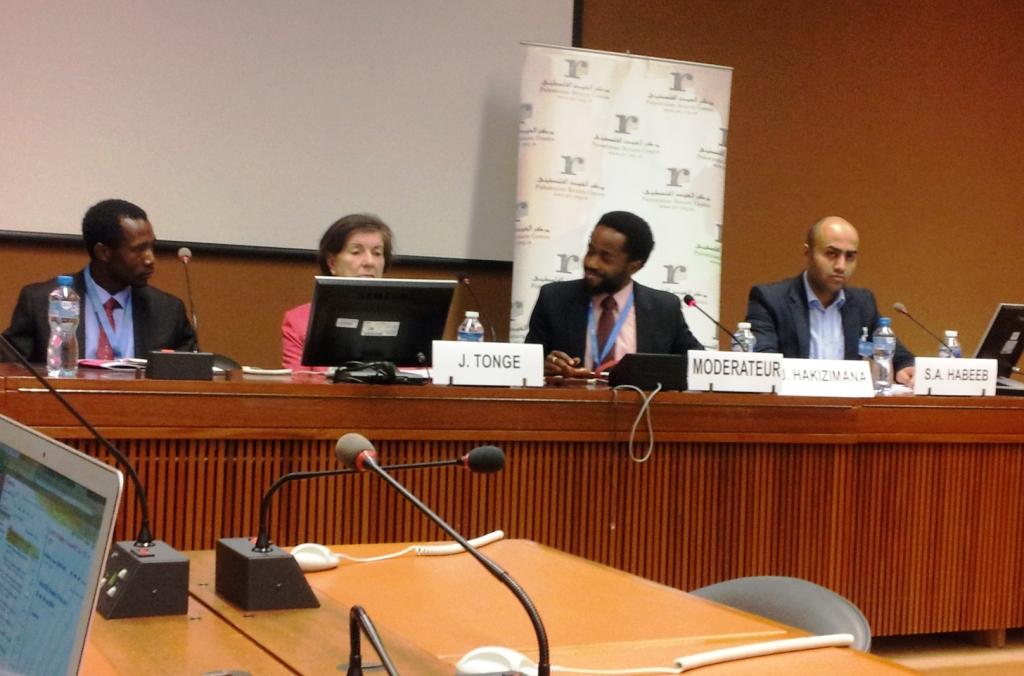 The Palestinian Return Centre and Independent Centre for Research and Initiative for Dialogue (CIRID) organised a seminar to discuss the Palestinian refugee issue. The seminar focused on the Palestinian right of return as a key element to resolving the question of Palestinians in the diasporas. The meeting also addressed the current situation in Palestine.

The seminar brought a number of distinguished panel of researchers, politicians and activists from Palestine and Europe to discuss the human rights of Palestinians between theory and reality.

Speakers included Baroness Jenny Tonge, Member of British House of Lords and Sameh A. Habeeb, Head of Media Department at the Palestinian return Centre. The seminar was moderated by Mr. Joel Hakizimana, secretary General of CIRID.

Baronees Jenny Tonge described the miserable situation experienced by Palestinian refugees. She stated that Israel continues to violate the rights of Palestinian refugees across the West Bank and Gaza Strip through apartheid policies. She further stated that the International community has failed to bring Israel to accountability and as a result the violations against Palestinians are always on the rise.

“In light of the constant violations against the right of Palestinian refugees and as their rights as refugees are not granted across many parts of the world; the right of return is the only solution to solving their plight.”

Mr. Rubert of the CIRID,  outlined the theoretical background of the rights of refugees. He highlighted the fact that Palestinian refugees appear not to have any rights granted to them by international law.