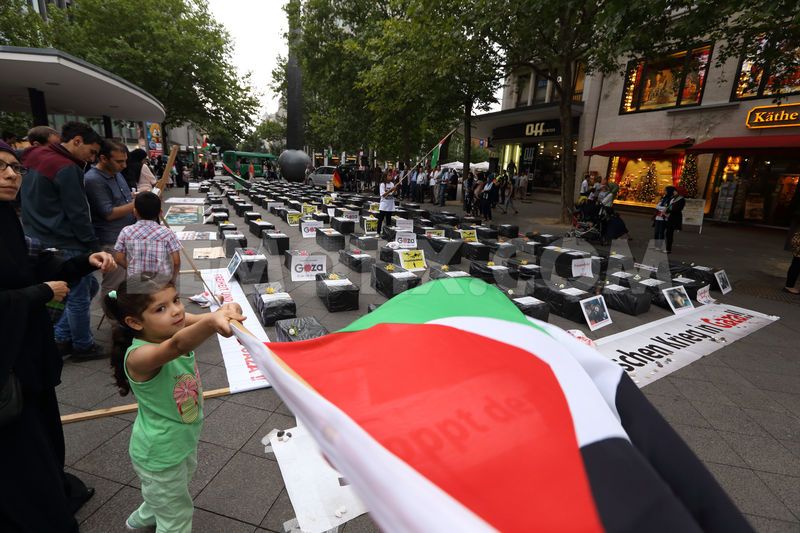 Palestinian NGOS in Europe meet in Berlin this week to assess the actions of solidarity and protests that took place in Europe against one-sided Israel war against Gaza civilians. The event was organised by the General Secretariat of Palestinians in Europe Conference (GSPE).

A Number of Palestinian organisations from Sweden, Denmark, Germany, Holland, France, Britain and other countries, met and put plans for more future actions to solidly European solidarity for Palestine.

The NGOs announced that next Saturday, 9th August 2014, as an International Day of Solidarity with Palestinian people.

The organisations noted that there is turning point in the support for the Palestinian people in Europe. They added that, there were more unique events in Europe which resulted in strong stance from Europeans that condemned the Israeli attacks on Gaza and described it as heinous war crimes against humanity.

They also stated in a statement dispatched to the Press that such efforts helped in making the Palestinian the account present on the news agenda.

GSPE confirmed that Palestinian organisations which work in professionally in Europe, helps the Palestinians cause on the long term.

The statement added that the organisations will continue actions and protests.

Following the meeting, delegates participated in the daily symbolic event which shows the coffins of victims in Berlin.