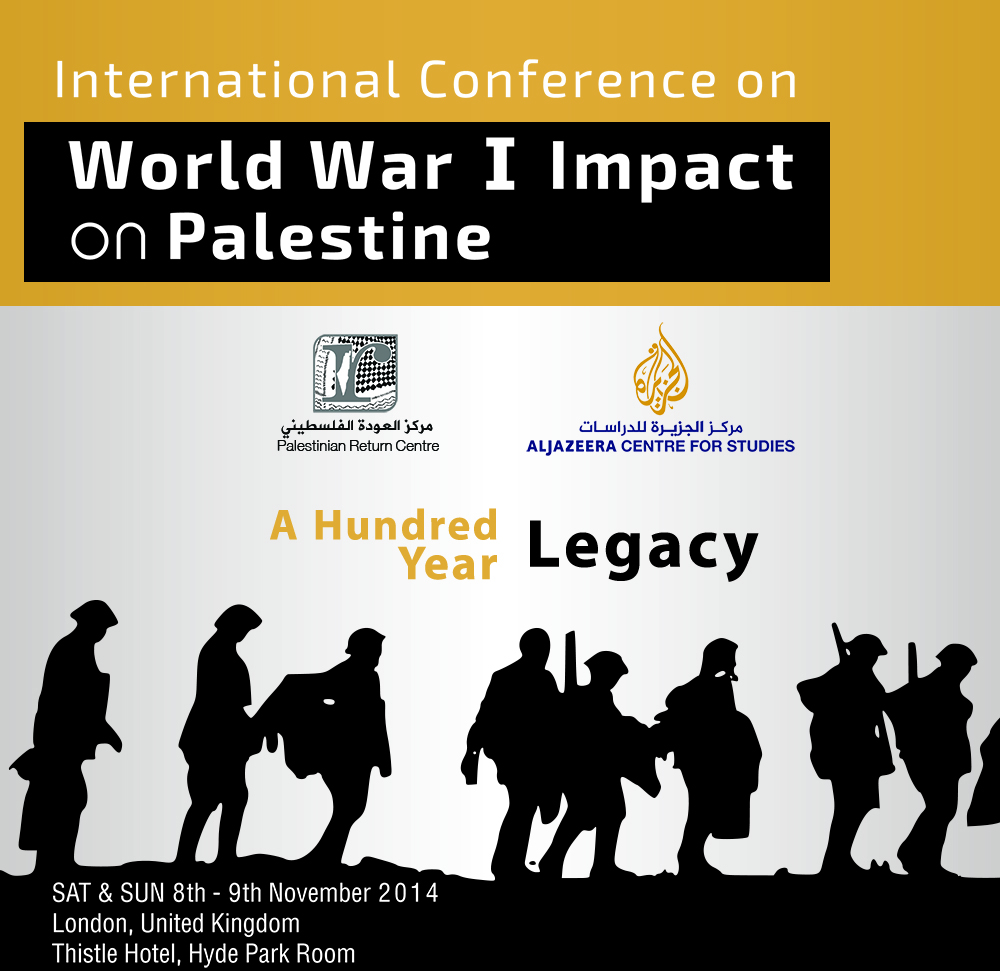 Press Statement for Immediate release: International Conference on the impact of the World War 1 (WWI) on Palestine.

Al-Jazeera Centre for Studies (AJCS) and the Palestinian Return Centre (PRC) will be hosting a joint conference in London. The International Conference on the Impact of the WWI on Palestine will take place on the 8th and 9th of November 2014.

The conference will examine the impact of the WWI on Palestine with special interests on the role of the Ottoman Empire and the Zionist Movement. It will examine the political position of the Palestinians and the Arabs in general following the Sykes-Picot Agreement. It will also discuss in-depth the British Mandate and the San Remo Conference. The conference will also discuss the emergence of a national Palestinian movement in the 1930’s. Last but not least, the conference will address the effects of the laissez faire attitude of the international community towards Israel after the end of the WWII. Many believe it was this attitude that galvanised the Zionist movement and its subsequent impunity towards the Palestine.

"This year, many around the world are looking back at the 100 years since the start of WWI. For us, it is important to examine the impact of those events on our region and Palestine in particular." said Director of Al Jazeera Centre for Studies, Dr. Salah Eddin Elzein

On his part, chairman of the Palestinian Return Centre, Majid Al Zeer, stated that the conference will also tackle the current status quo in Palestine as well as the future.

Several renowned academics and historians from Britain and the Middle East are invited to address the conference.

About the Al Jazeera Centre for Studies (AJCS)

Al Jazeera Centre for Studies, a part of Al Jazeera Media Network, was established in 2006. Our centre conducts in-depth analysis of current affairs at both regional and global levels. Our research agenda focuses primarily on geo-politics and strategic developments in the Arab World and surrounding regions.

About the Palestine Return Centre (PRC)