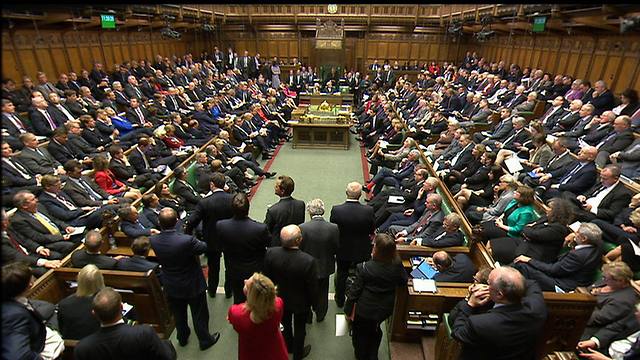 Parliament took the historic step tonight of voting unilaterally to back the recognition of Palestinian statehood.


Voting by 274 to 12, a majority of 262, MPs on all sides urged the Government to “recognise the state of Palestine alongside the state of Israel” as part of a “contribution to securing a negotiated two-state solution”.

Support for the motion, while symbolic, marks a significant change in the political landscape, following the failure of successive peace negotiations and the bitter conflict in Gaza over the summer.

Significantly Labour whipped its MPs to vote in favour of the resolution, raising the prospect that the party would defy Israel’s wishes and recognise Palestine as a state should it come to power at the next election.

But even previously staunch supporters of Israel within the Conservative Party chose not to oppose the motion which was brought by the backbench Labour MP Grahame Morris.

Richard Ottaway, chairman of the powerful Foreign Affairs Select Committee, said he no longer felt he could vote to deny the Palestinians the right of recognition because of recent Israeli actions.

“I have been a friend of Israel long before I became a Tory,” he told the House of Commons. “I have stood by Israel through thick and thin. But I realise now that Israel has been slowly drifting away from world international public opinion.

“The annexation of the 950 acres of the West Bank just a few months ago has outraged me more than anything else in my political life. Under normal circumstances I would oppose this motion. But such is my anger over the behaviour of Israel that I will not be opposing it. I have to say to the government of Israel – if it is losing people like me it is going to be losing a lot people.”

Alan Duncan, the former international development minister, said he would be supporting the motion. “Refusing Palestinian recognition is tantamount to giving Israel the right of veto,” he said.

But the former Foreign Secretary Malcolm Rifkind disagreed and suggested such a move should not be adopted because it would be purely symbolic.

“For me the most important question is what practical benefit would passing this resolution make?” he asked. “It might make us feel good. But recognising a state should only happen when the territory in question has the basic requirements of a state. And through no fault of the Palestinians that is not true at the moment and it seems to me that the resolution before us is premature as we do not have a Palestinian government.”

But Mr Morris, who secured the debate, said that Britain had “a unique historical connection – and a moral responsibility to the people of both Israel and Palestine”. He said: “In 1920 we undertook a sacred trust to guide Palestine to statehood and to independence. That was nearly a century ago and the Palestinian people are still yet to have their rights recognised.

“This sacred trust is something we have neglected for far too long. But now we have a historic opportunity to atone for that neglect. We can take this small but historically important step.” But the debate caused significant divisions within Labour. Several Shadow Cabinet members were unhappy at a decision by the shadow Foreign Secretary Douglas Alexander to impose a whip on the vote.

While MPs and members of the front bench were told that they could “stay away” from the Commons and abstain, they were instructed they could not vote against the motion as it represented party policy.

This is disputed by a number of senior pro-Israel Labour MPs who argue that the party could only back recognition as part of a negotiated settlement in the Middle East.

Short Link : http://bit.ly/2A5kG36
Tags
Next Article
Call for Interns and Volunteers in London - The Palestine Return Centre
Previous Article
Ask your MP to vote for Palestine
Most Views
Related Posts