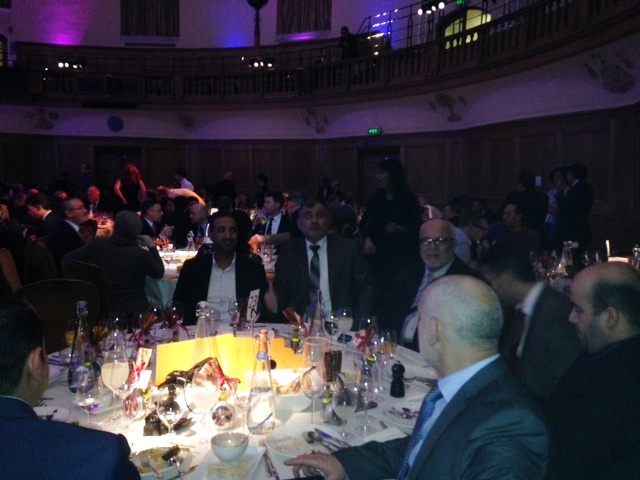 London, 26th Nov 2014 - The Palestinian return Centre took part at PRC joins Labour friends of Palestine & Middle East Gala Dinner held on the 26th of November 2014 in London. The dinner which featured labour party leader, Ed Miliband and Palestinian Ambassador to the UK Dr. Manuel Hassasian, focused on supporting the group and gain solid official support from Labour party leadership. Chairman of the PRC, Majed Al zeer stated that this labour group has played a key role in pushing the issue of Palestine on the agenda. He added that the most recent non binding recognition of Palestine at the British parliament wad not to succeed without the support of labour party which supported it.