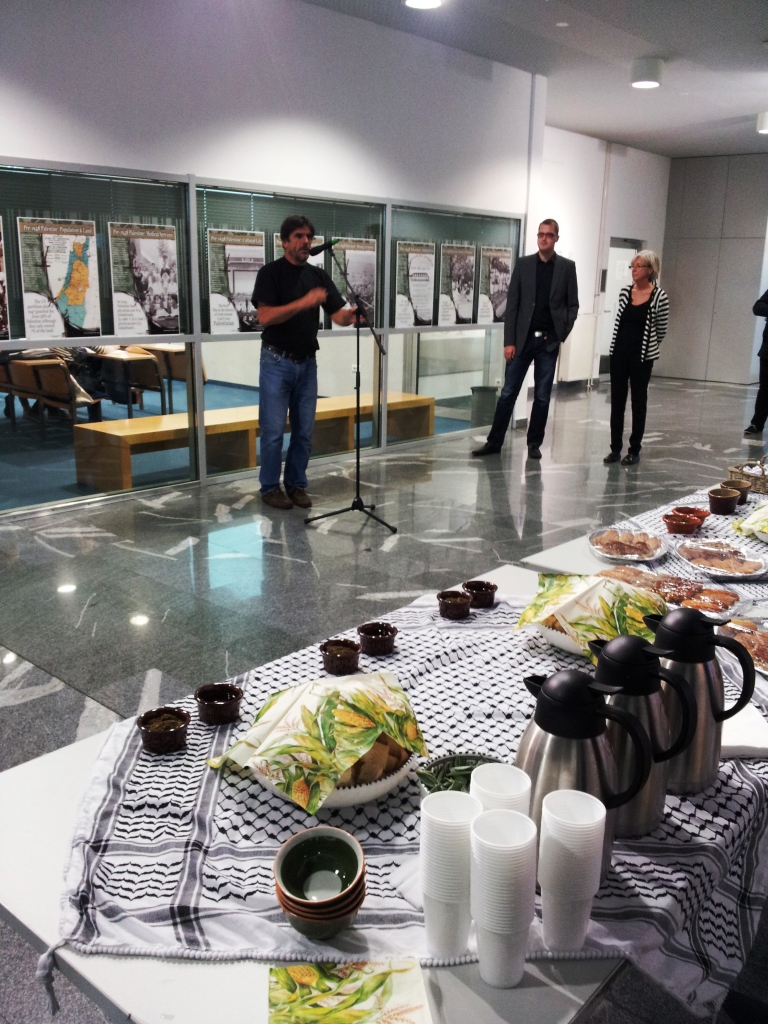 
This is the second Exhibition organised in the University.

The university has carried out a round table with the journalist David Cronin and a screening of the documentary Village Under the Forest during the time that the exhibition is on display.

The students have a debate club called Socioklub and this year they are carrying out a project on the issue of academic boycott in collaboration with a very popular radio channel called Radio Študent.