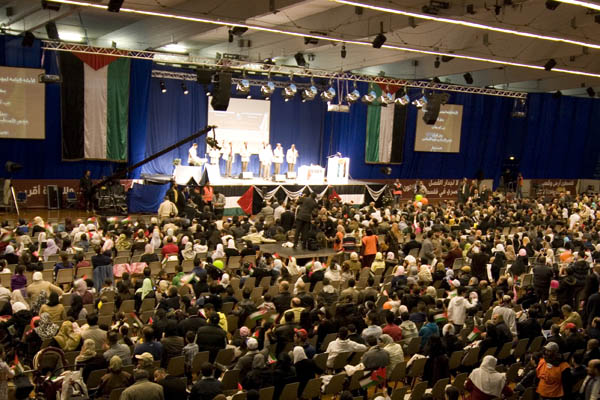 Final arrangements to hold the 13th Palestinians in Europe Conference are underway and on the final stage. The event which is scheduled for Saturday, 25th of April 2015 will be conducted in Berlin, Germany in partnership with the Palestinian Return Centre, Palestinian Assembly in Germany and other Palestinian organisations in Europe.


The annual conference will discuss the most urgent Palestinian affairs especially the current exodus of Palestinian refugees in Syria who are being forced to leave their camps due to the civil war in the country.

Executive Director of the Palestinian Return Centre (PRC) Mr. Tarek Hamoud stated that a serious of workshops to discuss different Palestinian issues such as Jerusalem, Gaza, apartheid wall and the Palestinian refugees in Syria will be organized.

On his part, Dr. Mazin Khail, chairman of Council of European Palestinian Relations (CEPR) announced that a number of European parliamentarians from Britain, Ireland, Scotland and other countries will participate at the annual event. Other Arab and Palestinian politicians will attend the event as well.

Dozens of other activities will also take place such as political, social and organizational workshops. Many folklore and Youth sessions will be also be organized.

Thousands of Palestinians from all across Europe and around the world are expected to take part. A statement is expected to be issued at the conclusion on behalf of the Palestinians in Europe regarding their position towards different issues and reinstate their unflinching resolve for the right of return.

The Conference is expected to issue an annual declaration to uphold to the Palestinian rights especially the right of return and other related issues.

Names of speakers and full proramme will be announced later on this week.