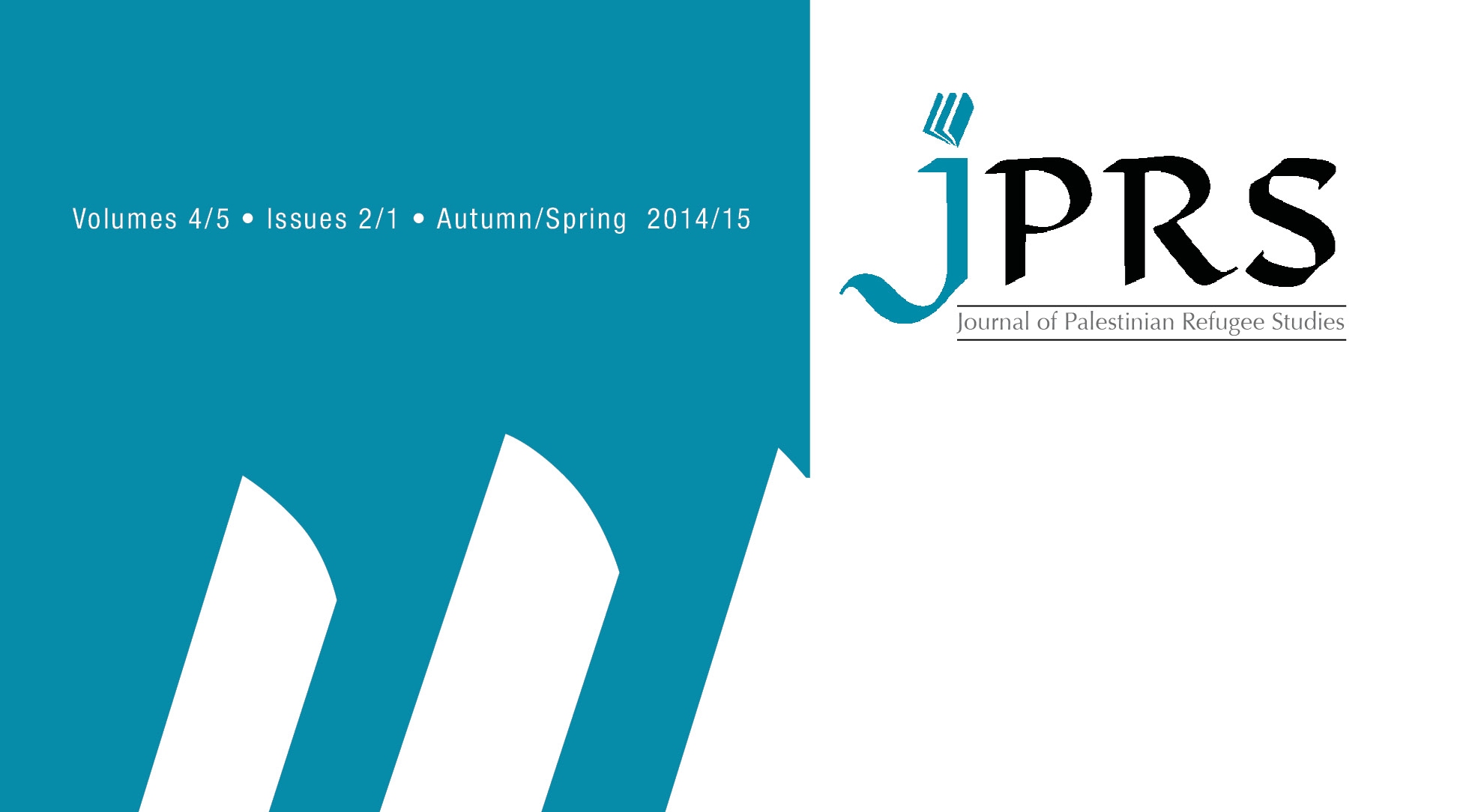 JPRS- 2014 has represented an important year – an important year for a state of Palestine, a devastating year for Gaza and a climacteric year for Israel. Amongst ongoing, unresolved and often forgotten issues in the occupied Palestinian territories (oPt) and host refugee nations, the year was marked with expectations.


It was the International Year of Solidarity with the Palestinian people but 2014 has been smeared with much more as thousands lost their lives in the third major conflict in the Gaza Strip. Israel launched Operation Protective Edge on 8 July 2014 after an escalation in violence after the murder of three teenage Israeli settlers. This conflict like those before it was signified by disproportionate force, controversial tactics and violations of international law - a significant bearing on Palestine and the issue of Palestinian refugees as so many lost their homes giving further rise to internal displacement within Gaza.

This issue is therefore dedicated to the conflict of Gaza 2014 and several articles, by Manuel Langendorf, Fadi N.Skaik, Dr. Khaleel Isa and Lauriane Pfeffer, Rachel Humphris and Dr. Lamis Abuhaloob and the Palestinian Return Centre, will document the incidents that happened over the 50-day war and the implications for Palestinians and Palestinian refugees. These cover not just further displacement but an impact on their services, the capacity of UNRWA to deliver and dedicate its resources fully to the needs of Palestinian refugees and the long-term effect to the psyche of the Gazan people; in particular the trauma felt by children that have known nothing more than the conditions caused by protracted conflict and refugee status.

This prolonged situation and impasse has been cultivating many significant problems for the oPts and while the world catches its breath to recount the tragedies of the Gaza conflict, the largest land grab by Israel in three decades took place, which saw 1,000 acres of land near Bethlehem seized for the development of new illegal settlements – all while attention was shifting to the resumption of peace talks. Both of these issues have been occupying the hearts, minds and agendas of the Palestinian people and international community, so two practitioners on the issues of refugees, Sahdya Darr and Jessica Anderson, bring us accounts of the development of settlers in the West Bank and the Peace Process and their relation to Palestinian Refugees.

Palestinian refugees have often been synonymised with Muslim Arabs and the plight of Palestine often equated with a preoccupation of the Islamic World. Contrarily the statistics for displacement and discrimination of indigenous Palestinians of Christian dissent is alarming. Ahmad Daman provides us with a context of what Christians experience within Israel and the root causes for discrimination against the Christian community of the region.

The region, in tandem, is still enduring the Syrian war, which is steadily impacting upon the Palestinian refugees who bear the effect of further displacement and as a consequence further discrimination and social and economic impacts notwithstanding the civil and political. This edition, with the collaboration of the Action Group for Syrians in Palestine, Ibrahim Al-Ali, Leah Thomas and Kareem Shaheen, brings to light some of these impacts that have been felt due to the Syrian conflict and their journey onwards to third host countries including Lebanon, where questions are raised about support for the Palestinian Right of Return.

The Right of Return, engrained in the international legal framework, must be brought to the forefront of international dialogue. A visit into history is often required to understand how the biggest and longest refugee crisis emerged. This year also represented the 100th anniversary of the First World War, which has led many to review and commemorate it. Often referred to as the Great War, its impact was no less on Palestine and the Palestinian Return Centre along with the Al Jazeera Centre for Studies convened a conference to discuss this as the turning point for the future of Palestine. The November 2014 edition of the Journal for Palestinian Refugee Studies concludes with a summary of the two-day event held in London.

What is experienced today is the ongoing tension between the State of Israel and continuous war, overshadowing a fundamental principle to return all Palestinian refugees to the historical lands of Palestine. Instead of facilitating this process and discussing the mechanisms and conventions to enable this right and that enshrine this right in law and moral obligation, we must instead return to documenting the horrors and abuses of another summer of devastation: condemning the conflict, calling for a cessation to the calamities and commissioning enquiries. 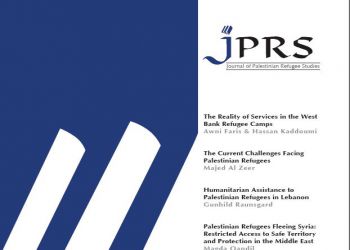