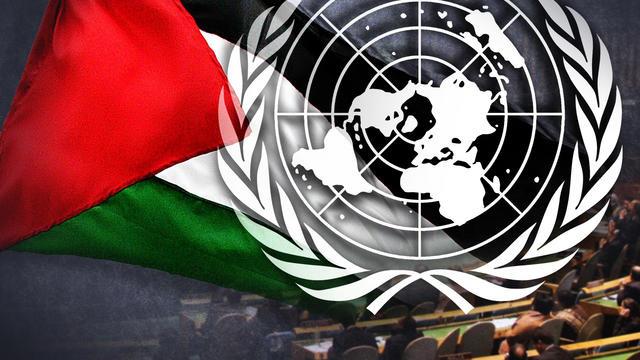 
The NGO committee of the Economic and Social Council (ECOSOC) has recommended the Palestinian Return Centre (PRC)  to be granted the NGO consultative status. Due to our clear stance on the key  issue of right of return for Palestinian refugees and supporting the related UN resolutions, which is entirely refused/denied by Israel; we are being bombarded by unfounded Israeli claims that we are affiliated to Hamas.

This short statement explains our stance in light on the dangerous and false claim made by the Israeli delegation before the UN NGO committee in New York on Monday 1st June 2015.   12 member states  voted in favour of granting the status to the Palestinian Return Centre while 3 abstained and 3 voted NO. Burundi state was absent. Delegations of China, Cuba, Iran, Venezuela, Nicaragua, South Africa, Sudan, Azerbaijan, Guinea, Turkey, Pakistan and Mauritania have voted Yes. The motion was put to vote upon an official request from the republic Arab of Sudan. Meanwhile, Greece, India and Russia abstained while Israel, the US and Uruguay voted NO.

We would like to remind the distinguished delegations that the Palestinian Return Centre is a UN NGO member of the Committee on the Exercise of the Inalienable Rights of the Palestinian People (CEIRPP) for more than 10 years. The CEIRPP is composed of 25 Member and 24 Observer States and dozens of NGOs.

We express our deep frustration and anger by the statement made by Israel which in essence questions the credibility of the UN which has agreed on our CEIRPP membership years ago. We believe that the only reason that Israel is launching this huge campaign against us is due to the simple fact that we defend the right of return for Palestinian refugees.

Prior the vote, Israel presented an explanation of vote where it has allegedly and baselessly claimed that the PRC is affiliated to Hamas.

The accusations stated: "PRC has  known affiliation to the terrorist organisation Hamas....the organisation is in support of Hamas..."it's our responsibility as members of this committee to  prevent  terrorist organisation  from infiltrating the UN... And let it be clear, voting Yes and accrediting the PRC is accrediting Hamas...world media sources, national intelligence agencies and independent research organisations have cited connections between the Palestinian Return Centre  and charity collation and INTERPAL both known as large finances for terrorism"

The practice of the Israeli delegation before the NGO committee is dangerous and  is entirely refused where it blatantly accused PRC of being  a member of Hamas. All these allegations stated by delegation of Israel  are false and unfounded and they are only circulated by Israeli intelligence, Israeli NGOs, Israeli politicians and Israeli watchdog organisations. Thus, the Israeli claims have Zero credibility.

We call on the Israeli delegation, if to be convincing to the committee members, to come up with any independent evidence from third parties - not Israeli or pro Israeli sources - that we are affiliated to Hamas. We are certain that the Israeli delegation will utterly fail in this simple task!

PRC have been operating in the UK and across Europe since 1996. We worked with many MPs, MEPs, senior ministers, politicians, governments, government bodies and NGOs. For all these years, we have never been associated with Hamas by any of the European country including the UK. If we are really associated with any terrorist organisation, the UK which is at the forefront of fighting terrorism would have outlawed and labelled us as such!

In reply to Israeli statement that we are "Hamas" because we hosted a televised speech for Mr. Ismail Haniya at one of our conference, we argue that  such statement is preposterous for the following reason:

"PRC hosted Ismail Heniya's televised speech at the time when he was the Prime minister of the Palestinian Authority - which is the official Palestinian government recognised worldwide - following the 2006 elections which was observed by the European Union and other international bodies. Additionally, worldwide leaders and members of diplomatic corps have met Ismail Haniya including the former American president Jimmy Carter; this doesn't give any party the justification  or reason to accuse Carter of being Hamas or those worldwide leaders too!  However, by the Israeli standards, Carter and all those who met Haniya are Hamas and terrorists!"

PRC will lodge official letters of protest for the UN General Secretary, ECOSOC council and its member states.

We announce that PRC is considering legal action against the Israeli delegation at the UN. We also hold them accountable for the safety and security of our members worldwide. Such allegations and defamation where we are described as terrorist and affiliated to Hamas are dangerous, baseless and will have negative ramifications on our work and members.

To conclude, PRC will continue  to work with its worldwide partners to promote the Palestinian Right of Return is enshrined by the many UN resolutions. We will remain independent and dedicated to serve the cause of Palestinian refugees and their right of return.