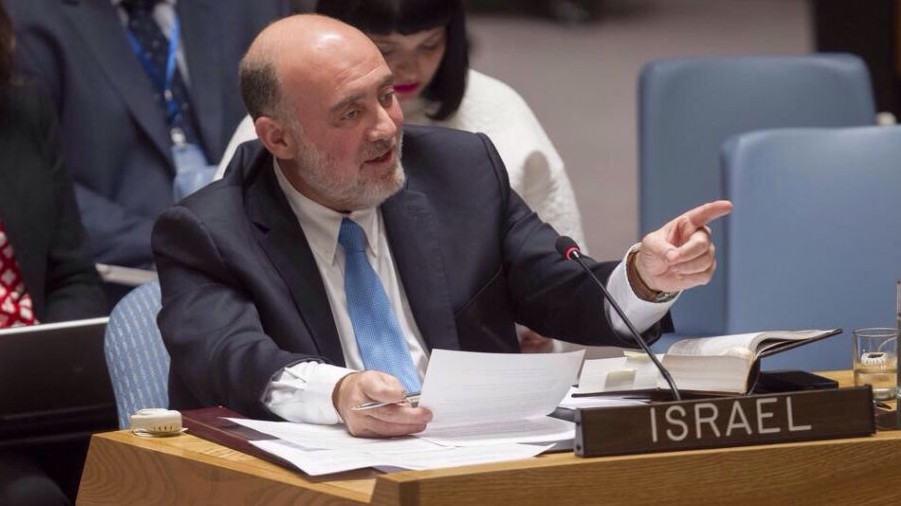 The Palestinian Return Centre (PRC), a British based NGO has launched legal action against Israel's UN mission over its defamatory and damaging accusations against the centre before the UN NGO committee stated by members of the Israeli mission on 1st of June 2015. The statements of defamation falsely accused the centre of having ties with Hamas and supporting terrorism. The Israeli statements were made to deter the NGO committee member states from voting for the centre to be recommended the NGO consultative status.

British Law firm (Westminster Law Chambers) the legal representative of PRC has completed the legal procedures and officially in the process of communication with Israeli Ministry of Foreign Affairs requesting an immediate withdrawal of their defamatory statements stated before the NGO committee plus paying appropriate damages and presenting a public apology.

The legal action granted  Israel's Ministry of Foreign Affairs, 14-day respond to matters addressed in the Letter of Claim no later than 4 pm on 29 July 2015, failing to do so, legal proceedings will commence in the High Court.

The legal representation  of Westminster Law Chambers (Letter of Claim - Pre-Action Protocol for Defamation) demanded that Israeli Ministry of Foreign Affairs and its related UN body (Permanent Mission of Israel to the United Nations):

"In order to mitigate the serious damage you have caused my client’s reputation, my client requires the following:

1. that you immediate provide an undertaking in terms to be agreed that you will not publish to any third party whatsoever same or similar allegations concerning my client contained in the aforementioned statements, you immediately remove the statements published in the two websites;

2. you immediately undertake (in terms to be agreed) to cease your campaign to damage my client’s interests and reputation, you immediately publish a retraction and apology on both websites;

3. you provide an apology in terms and forms to be agreed by my client, undertake to send a letter to the NGO committee apologising for the statement made by your representative in the May 2015 session where she described PRC as “terrorist” and “affiliated to Hamas”;

4. you provide proposals to compensate my client in respect of the considerable damage to my client’s interests and reputation your statements have caused PRC, undertake to immediately stop your smear and propaganda campaigns against PRC;

5. you pay PRC’s costs, both incurred and costs that will be necessary to incur in relation to this matter."

The Pre-Action Protocol for Defamation letter also stated that, "This letter is sent as a formal letter of claim in respect of the allegations made by the Mission of Israel at the UN before the ECOSOC NGO Committee – which are false and highly defamatory of my client...This letter has been prepared in accordance with the Pre-Action Protocol for Defamation (the “Pre-Action Protocol”) I make it clear that your response to this letter will influence that action my client decides to take in relation this most serious defamation... I am instructed under the direct access rules by the Palestine Return Centre (PRC), in relation to allegations published by Israel's Ambassador at the UN Mr Ron Prosor Israeli government websites about PRC"

The Palestinian Return Centre (PRC) has commented on the legal action stating that it will challenge the Israeli campaigns which are baseless and are just desperate attempts to silence civil society that are critical of the occupation and that work according to the UN's SDGs on the context of Palestinian refugees.

"We will continue to work side by side with key European/international politicians, organisations and governments towards finding a solution to the Palestinian plight in accordance with the Universal Declaration of Human Rights and the related UN resolutions. We have been operating in the UK and across Europe since 1996; we firmly believe that Europe of what we stand for. This is clear in the huge support we received by senior European MEPs, MPs and key figures like the vice chair of European Parliament", said PRC

- PRC are confident that Israel's attempts to mislead the ECOSOC member states are doomed to fail. We already have the support of more than 115 European MEPs, British, Irish and other MPs. Click to see full list.

- An independent report by British research Institution confirmed that Israeli campaigns against the centre are baseless and smearing efforts only. Click to read full report.

- Vice Chair of European Parliament supported our efforts to have the ECOSOC status. Click to view.

The NGO committee of the Economic and Social Council (ECOSOC) has recommended the Palestinian Return Centre (PRC)  to be granted the NGO consultative status. On Monday 1st June 2015, 12 member states  voted in favour of granting the status to the Palestinian Return Centre (PRC) while 3 abstained and 3 voted NO. 1 state was absent. Delegations of China, Cuba, Iran, Venezuela, Nicaragua, South Africa, Sudan, Azerbaijan, Guinea, Turkey, Pakistan and Mauritania have voted Yes. Meanwhile, Greece, India and Russia abstained while Israel, the US and Uruguay voted NO.

The Palestinian Return Centre is one of the few British NGOs dedicated to find a solution for the Palestinian refugees in accordance with International law, International Human Rights Declaration and the many UN resolutions. The Centre  which is British-based has been operating in the UK and Europe since 1996 and it is an independent consultancy focusing on the historical, political and legal aspects of the Palestinian Refugees. It specializes in the research, analysis, and monitor of issues pertaining to the dispersed Palestinians and their internationally recognized legal right to return. PRC has worked with different British Governments and a variety of British MPs from all parties.