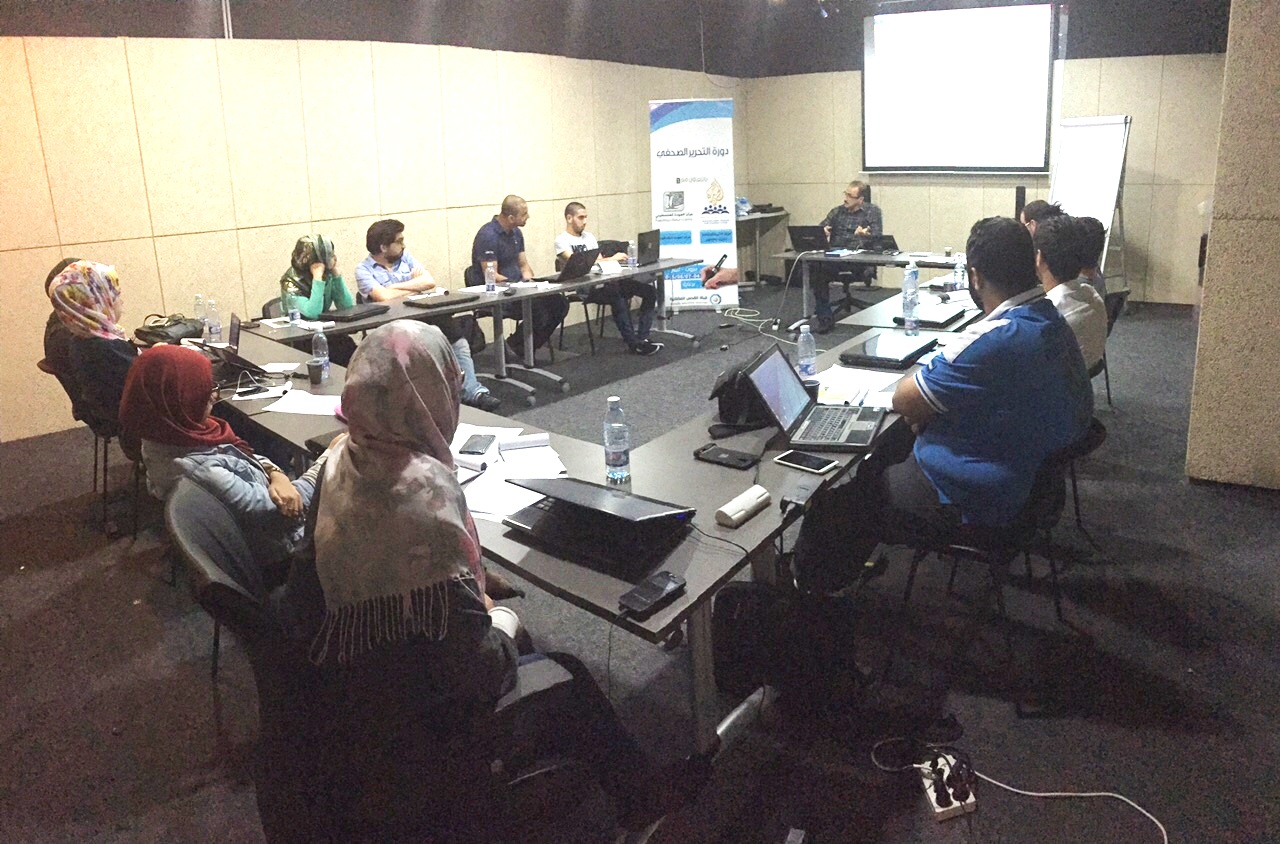 As part of its annual agenda, the Palestinian Return Centre (PRC) has launched its capacity building pregamme for the year 2015 in partnership with Al jazeera Centre for Media and Training. The programme of training continued for one week between 4 and 7 of July 2015.


Al jazeera Centre for Media and Training's (Aljazeera Ambassadors) have implemented the prorgamme which included media training for dozens of Palestinian youth refugees from the Lebanon's Palestine camps.

The programme aims at raising the capacity of knowledge and education for youth and teach them the standards of journalism including editing and editorial policies.

According to PRC, the course is part of the centre's agenda to raise build the capacity and raise the level of literacy in the refugee camps. This comes in a time where Palestinian refugees are being denied their basic rights across the host countries.

Its worth to mention that the centre with Al jazeera Centre for Media and Training's (Aljazeera Ambassadors) have launched a number of similar projects in the refugee camps in Lebanon, Jordan and West Bank.