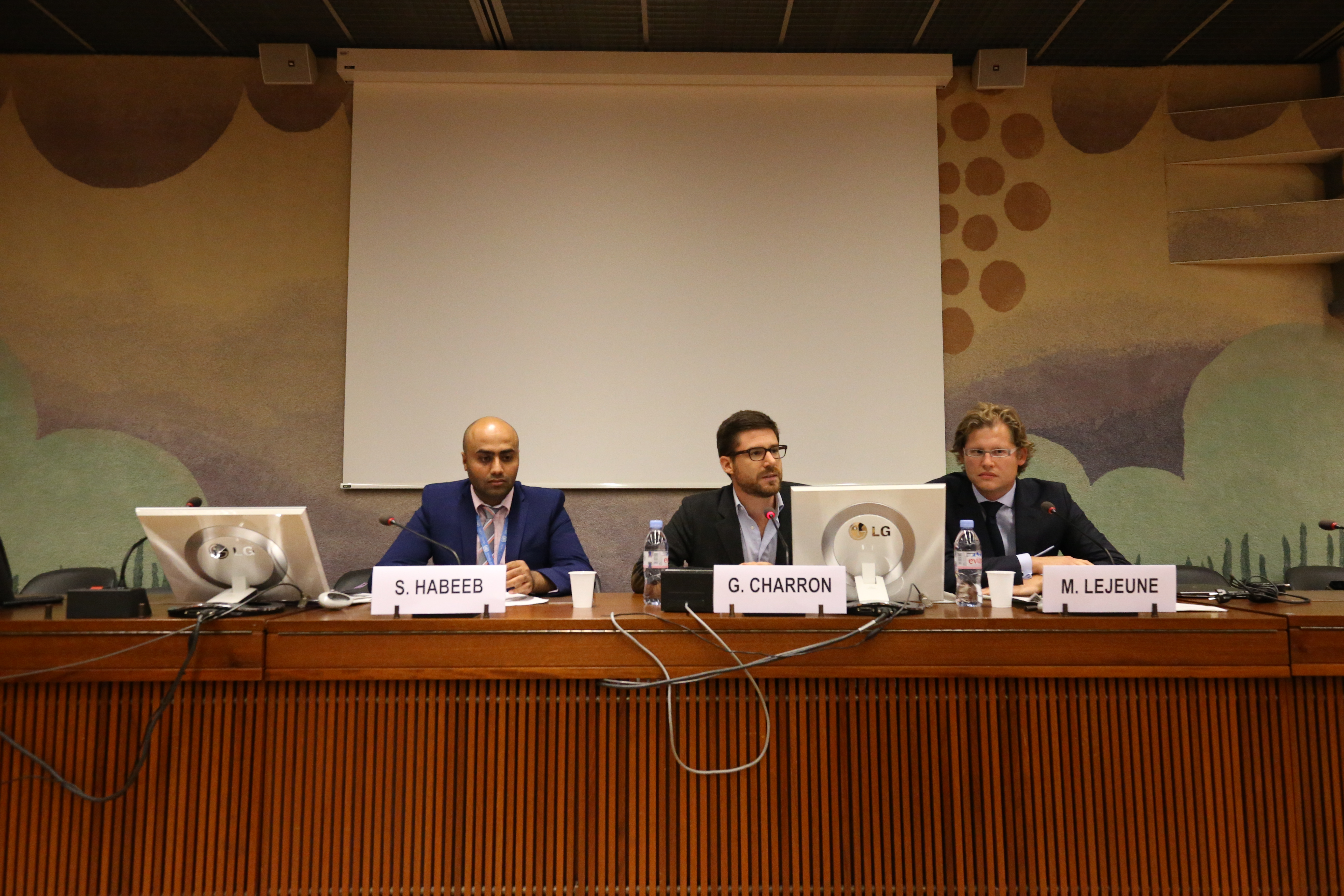 The Palestinian Return Centre (PRC) held a side event on board of the regular UN Human Rights Council 30th session on 17th September 2015. The event focused on main challenges facing The United Nations Relief and Works Agency for Palestine Refugees in the Near East (UNRWA) in securing regular fund.

The event featured a number of speakers who focused on UNRWA's financial crisis and the long term solution for the problem.

On his part, Mr. Sameh Habeeb, head of Media and PR department at PRC stressed on the fact that International donors are not helping enough and that UNRWA's budget has been always instable since funding is voluntarily. He added that for UNRWA to serve Palestinian Refugees efficiently, funding must be fixed and UNRWA should be treated as all other UN bodies were funding comes from the United Nations directly.

"UNRWA mandate has always been clear which is serving Palestinian refugees and improve their living conditions until their problem is solved. For nearly 7 decades, Palestinian refugees are still suffering in their Diaspora and the ideal solution for them lie implementing United Nations Resolutions and the Universal Declaration of Human Rights which confirm that they can return to their homes and villages in which they were forced to leave in 1947, 1948 and 1967."

The event was moderated by Mr. Guillaume Charron, Monitoring Expert, Internal Displacement Monitoring Centre (IDMC). Charron stated that the crisis of UNRWA is affecting the daily life of Palestinian refugees and a fixed budget is badly needed to pursue the services of UNRWA.

Ms. Elena Mancusi-Materi, Senior Liaison Officer at UNRWA - Brussels apologised for not being able to participate at the event despite her previous confirmation.

Meanwhile Mr. Martin Lejeune, Independent German Journalist spoke of his experince in the occupied Palestine where he described the living conditions in Gaza Strip and West Bank.

Lejeune stated that UNRWA's lack of fund is affecting the lives of millions of Palestinian refugees across West Bank and Gaza. For example, Gaza has suffered 3 major Israeli wars in 2008/09, 2012 and 2014, however, no rebuilding or development cycle. Educational and health services of UNRWA are severely affected by lack of budget.

"Refugee camps are totally dependant on UNRWA and lack of funds means direful living conditions for its residents. Un unemployment and poverty rates are on the rise in Gaza and the siege is affecting people's lives. United nations must do more to help Palestinian refugees not only funding UNRWA but also finding a long-term political solution for the Palestinian refugee issue." said Lejeune