14th Palestinians in Europe Conference to be held in Sweden 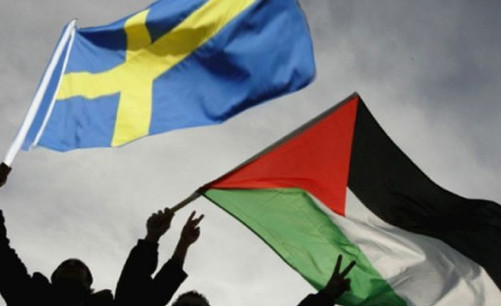 The presidency of the Palestinians in Europe Conference, the Palestinian Return Centre, London, and the Adalah Centre in Sweden officially declared the convention of its 14th conference in the Swedish city of Malmo on May, 07, 2016.The 14th Palestinians in Europe Conference comes in light of regional and international changes that affected the Palestinian arena. Many key issues will be on the agenda for the conference. The refugees in Syria will be the key topic as well as other Palestinian issues, most significant, the Aqsa Mosque and the Israeli threats of temporal and spatial division and even the destruction of the Muslims' holy site. The conference was held for the first time in London (2003) then followed by conferences in Berlin, Vienna, Malmo, Rotterdam, Copenhagen, Paris and others. This conference is now a major event in Europe and has been running successively for thirteen years. It has successfully bonded thousands of Palestinians to the just cause of Palestine and their right of return.The conference is usually attended by participants from all over the European continent, representatives of Palestinian associations, institutions and organizations both from within Europe and beyond. Additionally, the attendance included a number of official and public figures; notwithstanding academicians, artists, journalists and leaders of Palestinian civic society bodies in Sweden and across the continent.